I am very sorry to have to pass on the sad news that John Harney, the founder editor of the Merseyside UFO Bulletin, which over the years transformed into Magonia, has died. He was 85. I think John was the last of the first generation of British ufologists, his involvement in the subject going back to the 1950s. I will write more of his life and influence a little later. For the moment I attach this piece, which pointed to a change in the way the UFO phenomenon was studied, many years before it became a generally accepted view. The final sentence is particularly important.
🔻

A Shift of Emphasis 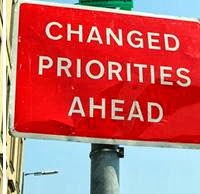 Until fairly recently serious UFO research has been aimed at the possibility of proving that some of the unexplained UFOs are intelligently directed vehicles from other planets. The issues were fairly simple. On the one hand the serious ‘believers’, typified by Keyhoe, held that the interplanetary spaceships hypothesis hypothesis was the only tenable one to account for many unexplained reports. At the other extreme the more thoughtful sceptics typified by Menzel insisted that all UFO reports could be explained as misinterpretations of natural phenomena or conventional aircraft, if sufficient accurate information were available in each case. Both sides generally refused to take contact reports seriously, leaving this aspect to the cultists.
At one time the elusive UFO itself was the main object of our researches, but now the emphasis is beginning to shift to studies of the witnesses, the strange happenings roported to accompany many UFO events, and the backgrounds against which these events take place.
The kind of testimony which has been piling up increasingly in the last few years — that of reported close encounters with UFOs and their ‘occupants’ — seems to make this shift of emphasis inevitable. For these are the types of encounters which could be expected to produce definite proof of the physical reality of UFOs. But these UFOs and their occupants always get away, and if anything in the nature of physical evidence is found at the sites of the reported encounters, that evidence is generally equivocal, to say the least.
It is thus probable that in future the subject of ufology will increasingly engage the serious attention of psychologists - and even psychical researchers.