It is probable that the relatively small number of UFO reports that are not simply generated by misperceptions of well-established phenomena will include among their number a range of uncatalogued atmospheric and other natural phenomena. The first half of this book lists a wide range of these, from various forms of balls of light, through curious mirages, odd meteorites and the like, to say nothing of Humazduzzes and other anomalous sounds.
🔻
These clearly suggest that there are all sort of, often very strange, things going on in our atmosphere.

Milne has made previous studies of asteroids, space debris and the like, and had he followed the example of the late William Corliss and assembled his examples from the pages of reputable scientific literature this would have been a useful compilation of material which should be of interest to the scientific community. However the sources tend more to be popular books, UFO magazines, newspapers and the like.

Even worse in the second half Milne enters the world of the paranormal and ufology, with little indication that he knows much above either subject. Here he relies ever more on popular sources, such as pulp paperbacks, and uncritical renderings of the various tales told therein. Thus instead of references to scientific publications or even the more serious and responsible works on these subjects, we get them to Charles Berlitz, Frank Edwards, 'Richard Lazarus' and others. I suspect a number of the stories here are complete fabrications by these and related authors. Indeed we get the old story of the Wroxham Romans trotted out, despite the fact that it is a complete fiction from a book of spoof ghost stories, Charles Sampson's Ghosts of the Broads, originally published to raise money for a yacht club.

This sort of material is OK if it is clearly labelled as folklore or story telling, but not as evidence for something or other. There may well be evidence for some very interesting things in this book, but it is likely to be buried in a heap of dross, which simply serves to prevent anything in this book being taken seriously. A wasted opportunity. 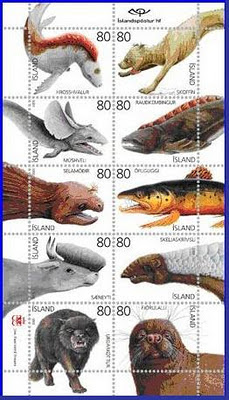 Fortunately we have to hand a much better example of how to present a compilation of strange and bizarre experiences. Unlike a number of writers in field of marine cryptozoology, Lars Thomas is a professional marine biologist, and his book a mixture of modern day accounts and folklore avoids the temptation of invoking surviving dinosaurs or completely theoretical creatures to explain the various water monsters. The monsters here are a variegated bunch and include some things that sound like American swamp apes, to say nothing of alleged encounters with merpeople, water horses, water cows and much more.

While some of the waters are wide and deep and could hide almost anything, there are other accounts which seem impossible to explain in terms of any kind of flesh and blood animal. The mysterious creature, said to drag dogs down into the depths, in the 'lake', actually a large duck pond, complete with fountain, in a Copenhagen suburb, for example In another suburb there is a not much larger mere, which is not only associated with strange lake creatures, but also ghosts and UFOs. These creatures seem to be beasts of the waters, bogeys invented to scare the children away from the water's edge, rather like Jenny Greenteeth, than anything which might end up on a taxidermist's table.

Iceland has some of the weirdest water monsters, including the mercow, the mouse-eared whale, the scaly monsters and the like, which the enterprising Icelanders have featured on a set of special issue postage stamps.

Language barriers prevented the author from gathering all the information he could from Finland and the Baltic states. - Reviewed by Peter Rogerson.