THE MONSTERS OF THE BRITISH LIBRARY


The various monsters and mysterious creatures described in this book need not detain cryptozoologists using Brian Parson’s excellent guide to monster hunting that was recently reviewed in Magonia, as these mystery animals exist only in the pages of medieval manuscripts, mostly from the British Library.
🔻
But in mediaeval times monsters also lurked in the far places of the earth. Writers like Pliny the Elder described the creatures which dwelt just beyond the edge of the map. Quite literally in the case of the British Library’s Psalter World Map, where the edge of Africa is lined with a slide-show of the imagined inhabitants of the end of the world: headless men with faces on their chests, people with four eyes, one-legged men, and a race known as the Panotti with ears so large they used them as blankets on cold nights! 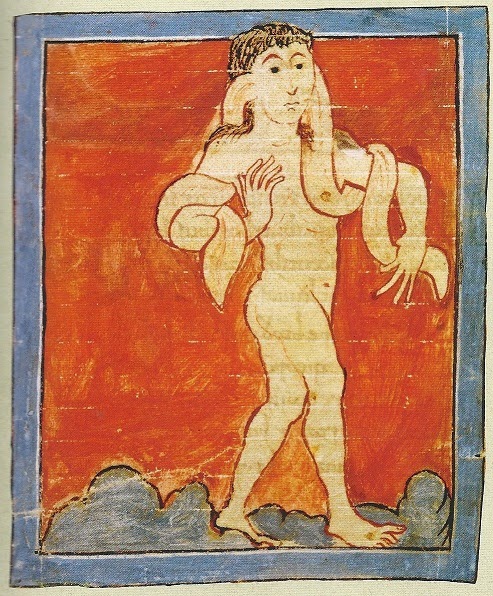 Although totally fictitious, The Travels of Sir John Mandeville was one of the most popular books of the fourteenth century, and Columbus even took a copy of it on his voyages. Mandeville describes ‘pygmies’ who had no mouth or tongue, just a hole through which they sucked in food through a pipe.

The Sciopods were a monstrous race who were supposed to have just one giant foot which they would use as a sunshade. John of Marignolli was a fourteenth century missionary who had actually visited some of the regions where these creatures were supposed to live and was sceptical of the claims. He suggests that the Sciopods were a distorted description of Indians who “are in the habit of carrying a thing like a little tent-roof on a cane handle, which they open out at will as a protection against the rain or sun” - a parasol!

Half-human, half-animal creatures of pagan mythology also lurk in the pages of these manuscripts, and of course the unicorn, often used as a symbol for Christ. There is also useful advice for navigators: any suspiciously convenient islands might be whales floating on the surface of the ocean, so if you happen to land on one, don’t try to light a fire on it. One illustration here shows just what might happen if you do

Many monsters were representations of the Devil and his creatures, who features largely in the illustrations, and it is clear that the illustrators particularly enjoyed depicting the various torments that sinners would undergo as they are swallowed by the fiery, gaping jaws of Hell. The details in some of the drawings suggests that the artists may have had particular individuals in mind for some of the more imaginative tortures. 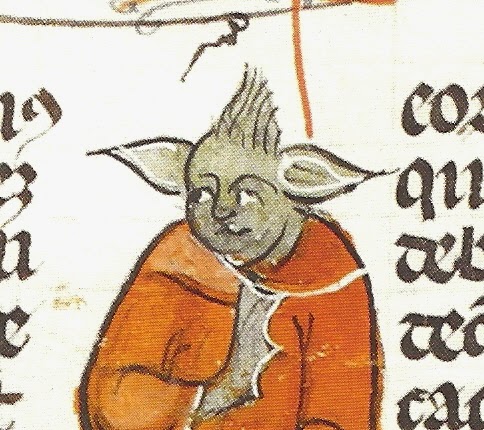 Now we can look with a degree of detached amusement at pictures of grotesque demons pouring molten lead down the throats of sinners, or men being devoured alive by bestial monsters; but to the people who wrote, drew and read these books this was a literal representation of what they believed might happen to them - or perhaps they hoped more likely to their neighbours! But not all the creatures are quite so fearsome. The men with no heads actually seem quite cheerful, and one small guy depicted appears remarkably like the wise Yoda from Star Wars!

This is a beautifully produced little book, the illustrations have been carefully selected, and the text gives a concise account of the world in which these creatures of the imagination flourished, with excerpts from the manuscripts in which they appear. A delight to look at. -- John Rimmer.