A HUNDRED YEARS OF SOLITUDE

Kevin Randle obviously considers that some UFO reports are likely to be observations of alien spacecraft, but tries not to be too dogmatic. This is revealed in his obvious reluctance to write off particularly interesting reports as examples of natural phenomena or inaccurate observations.
🔻
Some readers will perhaps welcome the non-appearance of Roswell in this book, together with some other notoriously doubtful cases. One of my impressions, though, is that Randle tries to cover too much ground and has an unfortunate tendency to use the findings of certain notoriously unreliable investigators in his evaluations of some cases.

For example, he has presented a rather distorted account of the Rendlesham alleged UFO incidents, and the first sentence of his description of the affair does not inspire confidence in his findings: "There is some confusion about the dates of the sightings, and one of the witnesses who claims involvement probably wasn't there for the sightings." Unfortunately he has allowed himself to be misled by Nick Pope and friends, and apparently takes seriously the fantasies of alleged witness Jim Penniston, who claimed to have touched a landed UFO in the forest.  He makes no mention of the work of serious investigations by David Clarke, Andy Roberts, Jenny Randles, Ian Ridpath and others, who did a lot of work trying to find out what did or did not happen. 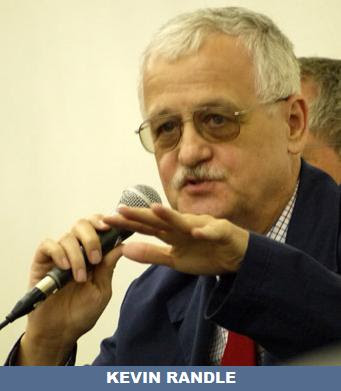 In his Introduction Randle tells us that he has attempted to look at UFOs as a worldwide phenomenon and place it in that context. Again, as with Rendlesham he apparently fails to see the importance of attempting to find out the more reliable investigators and base his descriptions of the incidents on their work, which is admittedly less entertaining than the stories told by the lecture-circuit liars.

In the chapter considering meteors as generating UFO sightings we get an account of the Coyne helicopter incident. Anyone who has read accounts of the incident, which occurred on 18 October 1973, will realise that it was not very simple. Believers and sceptics like to argue about it and here Randle presents a version of the usual believer's opinion that it could not have been a meteor because it lasted too long. He uses this argument to attack the findings of Philip Klass. However, Klass wrote quite a lot about it. For example, in his book UFOs: The Public Deceived he devotes two chapters to it, in which he gives details of inconsistencies in Coyne's testimony, and suggests that the helicopter crew were confused by other lights.

In the chapter on scientists and UFOs we ar given the results of interviews with astronomers by Dr J. Allen Hynek. Most of them had seen nothing of interest, a few had briefly seen something slightly puzzling, and one had heard a noisy transport plane and looked up, and saw above it "five ball-bearing-like objects". Randle comments that though the astronomer did not suggest that this was an alien spacecraft, that "if the sighting is accurate and not some sort of delusion, then there is little else that it could have been".

A chapter is devoted to describing official UFO studies, which provides material for those who like to indulge in paranoid fantasies about UFOs. Of course, the US Air Force and agencies of other governments had UFO study projects which were concerned with air safety rather than fantasies about space aliens. An investigation into what were called Foo Fighters found that ". . . although investigators were highly motivated to find an answer because of fear of enemy secret weapons, they failed to find any solution". When aircraft fired at the lights there were no results. "Sometimes the rounds seemed to pass through the lights, and at other times it seemed that these rounds were absorbed by the Foo Fighter." The obvious solution to this problem is of course not mentioned. It is difficult to judge the distance of an unknown light seen from an aircraft at night, so the lights were far more distant than they seemed to be.

There are the usual complaints about government secrecy, as ufologists tend to resent the fact that government officials do not like to conduct their investigations in a constant blaze of publicity.

The last chapter is "UFOs in the Twenty-first Century" which consists of a list of descriptions of reports, introduced by the author wondering why there are apparently fewer sightings these days. Obviously, though, they have just gone out of fashion, as such crazes do.

This book will probably appeal to those who have recently become interested in the subject, and will give them a a fairly good idea of the different kinds of reports usually labelled as UFO incidents. They should be aware, though, that many amateur UFO investigators are woefully ignorant of scientific and technical matters, and some are dishonest. -- John Harney.