UFOs IN THE ARCHIVES

David Clarke. The UFO Files: The Inside Story of Real-life Sightings. The National Archives, 2009.

If someone had said say 20 years ago, that a UK 'government agency' would publish a book on UFOs, or at least one that did not dismiss the subject with a laugh and a sneer, they would have been thought crazy. Well how times change.
🔻
However this change of policy has less to do with some sort of "educational policy" than the realisation that UFOs look a likely mulch cow for the cash strapped National Archives, which appears not to be making as much money out of the family historians as they thought they were going to. The release of so many documents to them under the Freedom of Information Act looks like a boon.

That being said, this is a sensible and sober approach to the subject by one of the very few people who investigates the subject without pursuing some kind of agenda. He traces official involvement with strange objects and lights in the sky going back to the time of the 1909 and 1913 airships, including little known studies during the First World War. A couple of these WWI accounts look really puzzling; one may perhaps be the first 'electromagnetic' case reported. It concerns a fighter pilot sent up to intercept a suspected Zeppelin, who finds his plane misfiring, then sees above him and to the right "row of lighted windows which looked something like a railway carriage with the blinds drawn". The pilot draws out his pistol (yes, pistol, this is the First World War) at which the lights rise into the darkness and breakneck speed. 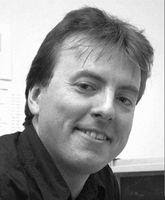 Of particular interest is a previously untapped source: a 1921 survey of ball lighting reports. Clarke estimates that only 65 out of 115 letters and questionnaires returned related to things which might reasonably be classed as ball lightening, the rest consists of a miscellaneous collection of peculiar lights in the sky of various kinds, some of which rather resemble modern UFO reports.

There are a couple of equally interesting reports from the Second World War, in which something other than the fuzzy foo fighters were seen, though it is perhaps significant that the actual report of an object most closely resembling a modern UFO was not made contemporaneously, but decades later, well into the age of the flying saucer.

As we get into the post 1947 era of the flying saucer, we can trace all the various highways and byways of official investigations, virtually all predicated on the view that if what was seen wasn't Russian it was of no little or no defence significance or interest. Veteran ufologists who read this book in hopes of 'smoking guns' and 'amazing revelations' will be rather disappointed, for it is clear that reports investigated officially were the same sort of report, and in many cases exactly the same reports that were investigated by various ufologists, and appeared in the pages of Flying Saucer Review. So for us old-timers this is more of a nostalgia fest than a revelation. Of course, veteran ufologists are not the main intended audience.

In many ways this book demonstrates that the official investigations showed what was already known by the saner ufologists: that the vast majority of UFO reports are generated by a vast variety of normal stimuli, which witnesses misidentify, misperceive or mis-remember, but that there is a small group which if accurately reported are very puzzling indeed. Whether they would remain so if subjected a really thorough scientific investigation is a moot point, and of course unidentified and puzzling are not the same thing as extraterrestrial. Indeed the puzzling reports are probably just as heterogeneous as the rest.

What is clear is that there is no secret information, no smoking gun, no inside knowledge. In fact Clarke confirms what we might suspect, that the views held by the various officials involved mirrored those of the general public, and were based on the same popular books. This seems to be still the case. For example, it seems pretty obvious that the background knowledge on UFOs of the anonymous author of the Condign Report was largely based on the writings of Jenny Randles.

Sometimes there were cock-ups of the silliest kinds, like the exasperated warnings to pilots not to amuse themselves on training flights by looking for crop circles, as this was giving rise to rumours of "an official investigation".

So all in all an excellent introduction for the newcomer and a welcome walk down memory lane for the veteran ufologist, and a reminder to us all that things in the this field are likely to be a good deal more complicated than the simple world views of the more naive 'believers' and 'skeptics' alike. Every ufologist should have this book. -- Peter Rogerson.

Hello, I'm known as Mr. Credophoulis on TDG for tracking purposes. I once read, years ago, that the native americans who first 'saw' the Nina, Pinta, and Santa Maria, couldn't actually 'see' them at first. The phenomonon they reacted to first was the way the waves broke differently on the shore than they usually would. Because the ships were so 'alien' to them and they had no frame of reference, their minds simply blocked out the ship altogether. What the natives first saw were the long boats carrying landing parties to the shore. Then slowly they were able to percieve the ships and 'see' them. I'd love to find someone else who read the article so I know I'm not crazy. I've always thought that this might explain why there are so few UFO sightings prior to '47. Only a handful of the most open minded frontiersmen seem to have percieved UFO's as we know them today.

These links from the ever-helpful snopes.com messageboard may help: