This interesting but ultimately frustrating book presents the results of Hilary Evans's years of investigation into 'streetlight interference'; the experience of streetlights going off (or sometimes on) when walking near them. He presents the experiences and comments of 215 correspondents, the upshot of which tends to be that there is no one consistent pattern to SLI.
🔻
Some people experience it when they are sad, others when they are elated, some have to be under the street light, others metres away, with some people it only happens when they don't concentrate or think about the light, others when they do, usually only one light goes off, but sometimes more than one does.

Sceptics have proposed a number of possible mundane explanations for this, none of which really seem altogether plausible. However by the same token, at least if some of the experts quoted by Hilary Evans are to be believed, even if these people were emitting some kind of force, some of the effects described would be impossible.

Hilary also examines a number of other anomalous personal experiences related to electricity and beyond, such as claims to make other kinds of electrical equipment malfunction, poltergeist effects, luminous saints, Balls of Light and ball lightning, even physical mediumship.

Extraordinary claims need extraordinary evidence as the saying goes, but as with many other 'paranormal' claims, what is lacking is not so much "extraordinary" evidence. as any evidence, as opposed to assertion, at all.

This SLI effect should be one of the easiest "paranormal" claims to test; no need for laboratories, expensive apparatus, exotic mathematical skills. Just find any old street with working street lamps, assemble half a dozen people who claim to have experienced SLI, half a dozen who don't. Look at the street lamps for an hour say, then get people to walk past. To randomise just give everyone a number and don't let the invigilators know who is a SLIer and who isn't. Simples! 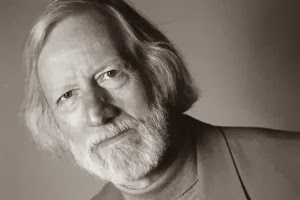 But of course, it hasn't been done. Hilary says that both the late Arthur Ellison and Dr Richard Wiseman attempted experiments but got nowhere because no-one could be found who could produce SLI at will. It's not clear whether that means the experiments were tried but nothing happened, or that no-one claiming to have experienced SLI was willing to come forward and join the experiment.

We might look for actual evidence somewhere else. There are large areas of Britain where every nearly every square yard is covered by CCTV, so you might think there ought to be CCTV images of this effect. Has anyone ever looked for one, is there a case of a CCTV operator even claiming to have observed the effect? Then there are the video cameras, mobile phone cameras and the like, all of which have recorded many kinds of rare and dramatic events; but again, as far as we know, none. At the weakest you might hope for some detail which would be very suggestive of a real effect, if people from various parts of the world, with no contact with each other, all reported that the SLI was, now I come to think of it, accompanied by an intense itch in their left thumb. But as we see, there is no such pattern.

So the SLI effect really is typical of a large class of anomalous and paranormal experiences, in that it appears to defy all conceivable physics, cannot be publicly demonstrated or captured on any recording apparatus, and for which no coherent pattern can be found. Though Hilary Evans basically argues that this large number of people cannot be lying or mistaken, or having some kind of subjective experience, Magonia readers will know that he takes, quite rightly, a much more sceptical line about the claims by equal numbers of people that they have been abducted through solid walls by grey aliens.

Logic suggests that if something is impossible and it can neither be recorded nor publicly demonstrated then it isn't happening in the external space of physics and geography at all, but in some kind of inner perceptual space. In the phenomenon of SLI, this might mean that in these cases electricity still flows to the lamp, it still emits photons which hit the SLIders retina, from time to time it stops producing the internal experience of seeing a light, a kind of negative hallucination

This would perhaps place it in a similar character to the phenomena described by Mary Rose Barrington, whereby objects seem to disappear only to reappear later in the same place, or in plain view. We have all had the experience of loosing things, searching high and low then finding them when not looking. Rather than assume they had been removed by boggarts and returned it is simpler to assume that they were there all along, but just fell out of perceptual space.

Regarding many anomalous personal experiences as happening in an internal perceptual space has the interesting result that many of the massive anomalous features - the physical impossibility, the inability to duplicate at will, the strange personal connection - now become just what one would predict.

Whatever the actual physical status behind the experiences, the stories told about them clearly exist as social and cultural realities. As such the SLI and many of the other paranormal stories fall into the class of trickster stories, whose import is that the universe is in some way tricky and unpredictable. In the past the trickster was represented by one of the wild animals which were an intimate part of peoples lives, but now that mechanical objects have largely replaced wild animals in our environment, it is only natural that the trickster should be envisioned as a misbehaving street light or computer, rather than a spider or coyote. The meaning, that nothing is really known, stable, safe and tame, remains the same.  --  Reviewed by Peter Rogerson.

This phenomenon has been happening to me since I was in my teens...it has startled many a friend and significant other.

I have found NO consistent factors about it at all. None. Sometime I can take out a half dozen lights in a row, sometime one light will go on and off as often as I approach or back away from it...but other times those very same lights will not react to me at all. It SEEMS like it happens more during extremes of mood, but not always.

I have no explanation for it whatsoever.

I have had this same experience since I began driving. I was surprised just now to find there was a book about it. After 20 years I have yet to discern a pattern to when the effect occurs, but other people have remarked on it when in the car with me in the past. The reviewers suggestions to test the effect are interesting, but I think you would need more than an hour or two to conduct the test. I think ultimately it would be technically possible for a test to be revealing, but the amount of time that would need to be invested is probably more than modern science is prepared for. I think you would almost need a kind of longitudinal study.

Also, I work in a building with a lot of elevators, and I often have the experience of the elevators opening when I walk by without anyone touching the buttons, without any kind of motion sensor to operate the elevator [if such a thing even existed], etc. I have wondered if these might be two effects of a same cause. I don't know what the normal rate of elevators opening without request is, so I cannot say to what extent my experience is unusual.

With facial recognition software, it's indeed conceivable that the Thought Police in a sense watch everybody all of the time. But do even Operator Computers give a damn about streetlights, unless they go off (or on) for an extended period? It would be only if "a person of interest" were a "slider" that the putative phenomenon would be noticed--for notice, even for "everybody" is still retrospecive, although it won't be once the advertising people can maske use of it.

The big question is: what is our pourpose here? Are we energy cleaners? Are we all mind confused by this unknow ability?