Princeton University Press are continuing with their excellent series of ‘Lives of Great Religious Books’. These are not so much about the books themselves, as about their reception and the commentaries that have been made on them over the centuries.

For those unaware of the narrative, The Book of Job in the Old Testament begins with a prose section with a dialogue between God and Satan. God says that Job, who lives in the land of Uz – wherever that may have been – was “a perfect and an upright man, one that feareth God, and escheweth evil”. Satan retorts that Job is very rich in flocks and herds, and has ten children (in those days offspring were regarded as a kind of wealth), but if he lost these “he will curse thee to thy face”.
🔻
God gives Satan permission to put this to the test. Accordingly, one day Job is informed by a succession of messengers that his oxen have been slain by Sabeans, his sheep by fire from heaven, and that further calamities have killed his other animals and his children. He merely remarks: “The Lord gave, and the Lord hath taken away: blessed be the name of the Lord.” Satan goes on to smite him with boils, but he remains equally calm.
The rest of the book, mainly in verse, consists of dialogues between Job and four unsympathetic friends. These revolve around such questions as whether suffering is a punishment for sin, and how a just God can allow it. In the end, God himself appears, and tells Job that he did not know what he was talking about, but nonetheless restores him to his former riches, including ten new children.
The first question is that of date, and this is unlikely ever to be settled. Robert Lowth, writing in 1767, thought that it was the oldest text of the Bible, written by Moses. References to historically datable events, such as Sabean raids and the gold of Ophir, indicate “the latest the book – or at least the passages in which they appear – could have been written.” This is surely a misprint for the earliest date. Disappointingly, Larrimore only gives a few pages to the findings of the textual critics, though I suppose that one would need the Patience of Job himself to digest them all. 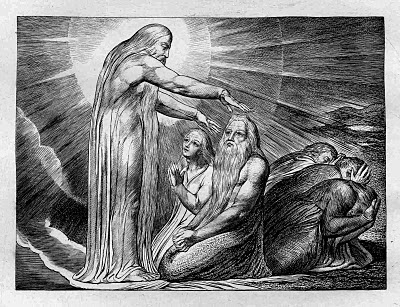 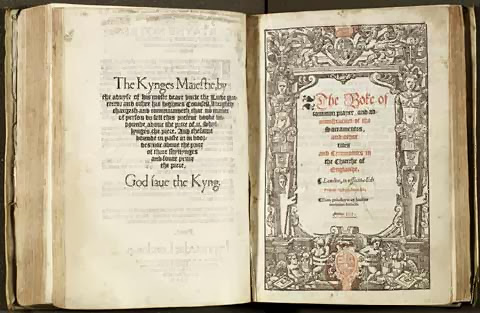 (According to Dana Howard, it spread even further afield. In her 1954 book, My Flight to Venus, she claimed that fifteen years earlier she had flown to the Morning Star, and married a Venusian before her return to Earth. The oaths they spoke were identical to those in the Book of Common Prayer.)
Inevitably, though, arguments sprang up again, and even in the nineteenth century some priests were imprisoned for making their services too ‘high’. The Anglo-Catholics wanted to remove items which, they felt, were purely patriotic, such as the Thanksgiving for the defeat of the Gunpowder Plot of 1605, and, in fact, these are not normally now included. I have somewhere read that in one edition this was accompanied by an engraving that showed Doctor John Dee (who had selected a astrologically auspicious date for Queen Elizabeth’s coronation) detecting the plotters in a crystal ball, but without knowing precisely what edition this was, it is impossible to verify.
Others felt that the language was now too archaic, objecting to the ‘thees and thous’, though surely anyone knew what these meant. A more serious problem was where words had changed their meaning, such as the general prayer that magistrates might “indifferently administer justice”, implying that the should not care if their judgements were correct or not. This was eventually amended to ‘impartially’, but the conservatives objected even to this, C. S. Lewis complaining that he knew a country sexton who knew what indifferently meant, but not impartially.
In 1922, the Anglicans of Canada issued a new version, as did the American Episcopalians in 1928. The revisions were mostly minor: the Americans cut from the wedding service the promise of the bride “to obey”. They later introduced what has been termed the ‘Star Wars prayer’: “At your command all things came to be; the vast expanse of interstellar space, galaxies, suns, the planets in their courses, and this fragile earth, our island home.”
Jacobs only briefly mention the introduction of the Alternative Service Book in Britain in the 1970s, which also aroused controversy, though fortunately not violent this time. It was felt to be a monument of insipid English, and provoked a collection of essays entitled Ritual Murder, that is, that the rituals had been murdered The editor, Brian Morris, noted that contemporary advertisements on London tube trains for Ratner’s showed a loving couple with the caption: “With this ring I thee wed”. As he pointed out, the ASB version, “I give you this ring as a sign of our marriage”, would not have sold jewellery.
To sum up briefly, both Larrimore and Jacobs have managed to condense a vast amount of material into handy-sized compendiums. - Gareth J. Medway