On Monday 22nd September I had the pleasure of meeting Clas Svahn (right, below), his son Niklas (left) and colleague Carl-Anton Mattsson from the Archives for the Unexplained in Norrkoping, Sweden. They came to collect the second tranche of my vast Fortean library and Clas estimates there were about 3,500 volumes in all, which they fitted into about 150 boxes.They cover much of my collection on parapsychology, as well as a great variety of material on a very wide range of Fortean and related topics.
🔻
These include many of the books reviewed over the years in Magonia, in print and on line. Another major feature of the collection is the vast collection of books on the Kennedy assassination and related conspiracy theories that I inherited from our friend and colleague the late Roger Sandell, and which I have added to from time to time. 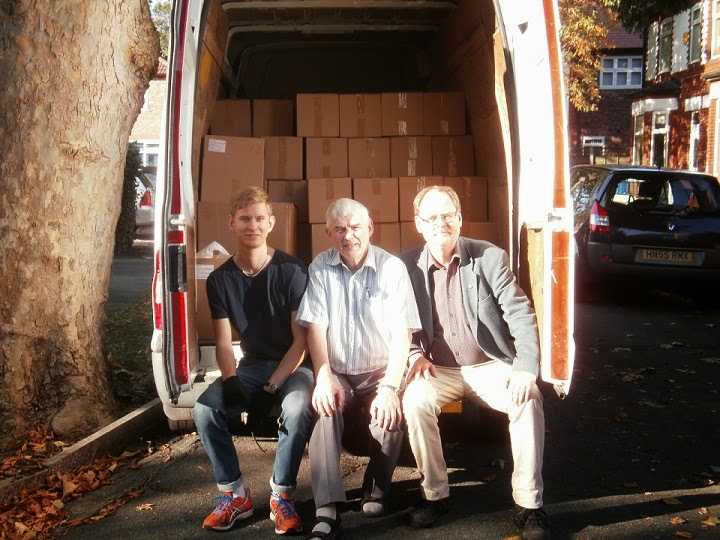 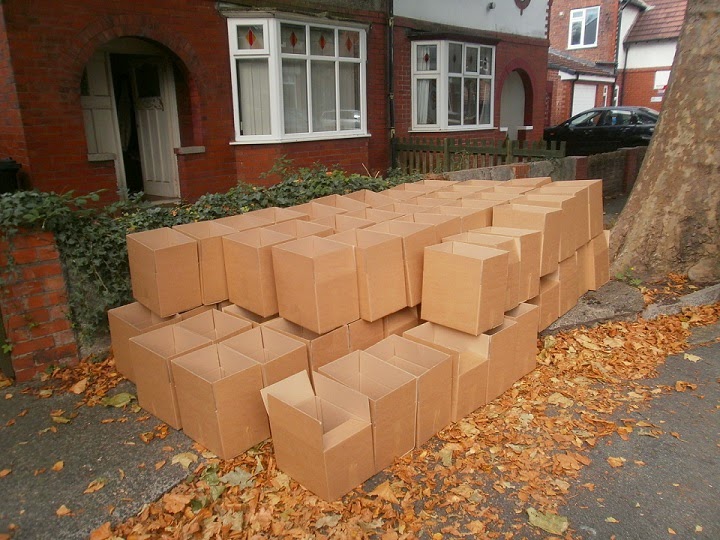 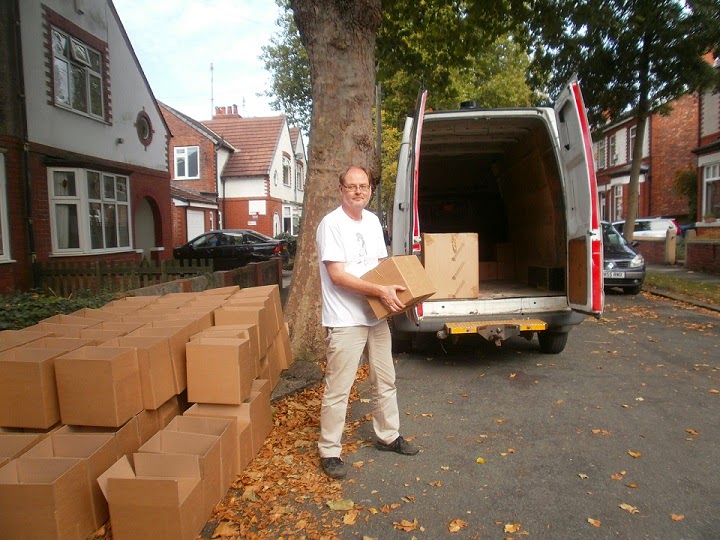 Their trip was uneventful and the day was fine and sunny (a contrast to the apocalyptic thunderstorms in London), despite a last minute panic on my part when I realised that the day they were coming down coincided with the start of the Labour Party conference in Manchester.

The trip up to Urmston was just part of a longer AFU collecting expedition to England , details of which can be found in Clas Svahn’s blog:  http://www.ufo.se/csblogg3/30447. (go to each side bar), well worth the effort of cutting and pasting into Google translate.
AFU is by far the most comprehensive specialist archive and library of paranormal topics in the world, ranging from the most abstruse academic tomes to popular paperbacks and children’s works, and it will be of immense value not just to paranormalists and Forteans but to folklorists and to social and cultural historians. Anyone with a collection or library dealing with any of the topics you are likely to find in Magonia, Fortean Times, the old pre-Llewellyn Fate, SPR Journal etc. etc and wants to ensure a safe home should consider donating. Details of AFU can be found here http://www.afu.se/afu2/

It comes as something of a shock to realise that it is 45 years since my first, naïve teenage letter was published in the old Merseyside UFO Bulletin. Like my first article in the now forgotten DIGAP Review, this showed how much I was then under the influence of John Keel. Keel’s articles in FSR changed my perception of the subject and made me realise how complex the whole thing was.
However my reading of Keel soon abandoned any fundamentalist interpretation. To be it was clear that Keel’s “elementals” were not to be thought of as literal boggarts, that’s the way down to Gordon Creighton levels of paranoia, but rather were metaphors for mind forged manacles, and that was the take John Harney and John Rimmer had on it as well.

My reading of Keel is that he was essentially a gnostic, he saw humankind trapped in a veil of maya or illusion, but this world of illusion should not be thought of as the physical world of rocks and oceans, or skyscrapers, but rather the intellectual world. Everything we believe in is a product of the human imagination, perception and memory, not just the petty beliefs of ufologists, but the big stuff; the entire world’s religions, ideologies, belief systems, institutions, cultures. Not just traditional gods and demons, but the modern secular stuff as well; political ideologies, economics, money, nation states, kings, presidents and emperors; and no doubt he would have said science, reason and even Forteanism!

Keel’s vision is that our tragedy is that we have 'forgotten' that we have made the whole thing up, that we are trapped by and worship (even kill and die for) the phantasms of our imagination. The great temptation is to believe that this stuff is as real as rocks, and it is certainly possible that Keel himself, particularly when serious depressed, forgot we had made it all up and at times at least half-believed in the boggarts himself.

Mothman Prophecies is, I think, the best of Keel’s work, in that it uses local folklore to create a vision of failed communication; the fall of the Silver Bridge becomes a metaphor for failures of communication, the TNT zone is the deepest and darkest wilderness, and surely Mothman itself is the “wicked bird of prey” preying on breadcrumb sins as in Dylan’s Gates of Eden.

I really enjoyed this piece, and the great photos---as well as your take on John Keel. Thank you.