FIRST READ: FROM MENZEL TO THE MILITARY

Donald H Menzel and Lyle G Boyd. The World of Flying Saucers: a Scientific Examination of a Major Myth of the Space Age. Doubleday and Co, 1963.


Let me be honest, I think I got these two books from Wilshaw’s book shop with my Christmas money in 1964 because they were the only two books on the subject (at least the only two non-contactee books). They were my first sceptical books, and I cannot quite now remember how I viewed them.
Tacker’s book was, I imagine, pushed out in response to Donald Keyhoe’s agitation for Congressional Enquiries into UFOs. No need, was Tacker’s answer, your boys in blue have in all under control. Now Tacker was basically just a public relations guy who knew next to nothing about UFO reports, but who could put the notes placed in front of him into reasonable English and make a book out of them. A few UFO reports are examined and explained, though others, including the Loch Raven dam case, are admitted to be unidentified. There is a still-useful chapter on various things which can generate UFO reports, and a chapter on letters to the Air Force which are of sociological interest, though it is clear that Tacker is more than rather selective in such letters, making sure they include several crank letters and missives from contactees, including an rather aggressive early contribution from the Aetherius Society. The whole is rounded off with an ‘official!’ UFO report form and various bumph. 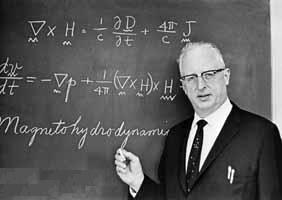 Menzel (left) and Boyd’s contribution was a more substantial sceptical work, and is the best of Menzel’s three books on UFOs. Gone were the cumbersome one size fits all mirage explanations of his first book. This one recognises that UFO reports are generated by many different things and gives various case histories to show this. Though excoriated at the time many of Menzel’s views would be somewhat grudgingly accepted by ufologists in later decades. This book also avoids the patronising tone of his third.
Looking back at these books, while by no means perfect or indeed wholly persuasive they are certainly fairly good evidence that there were no great hidden secrets, and that the real USAF position was that the whole thing was a waste of time and money that could have been better spent in fighting the Commies and the Reds under the Bed. Concede that there are indeed puzzling UFO reports and some damn politician will want you to spend even more time and money on chasing flying saucers rather than Reds under the Bed. -- Peter Rogerson.

Those equations on Menzel's blackboard prove that he was a member of MJ-12 after all, don't they?