THE NAZI OCCULT - FACTS AND MYTHS


There have been dozens of books examining the purported links between occultism and the rise of Nazism in Germany, ranging from the scholarly to the most abjectly crass and sensationalist. Probably the most authoritative title easily available to British readers is Nicholas Goodrick-Clarke’s The Occult Roots of Nazism.
🔻
This present book is a collection of papers by a wide range of writers, largely university professors and researchers in Modern European History, but with special interests ranging from punk rock to theosophy.

The essays are collected into three groups, as shown in the title: ‘Histories’ looks at the period from the late nineteenth century, to Hitler’s coming to power in 1933; ‘Realities’ deals with the period from 1933 to the end of WWII; and ‘Legacies’ with the post-war period and the rise of new interests in both Nazism and occultism in Germany and elsewhere.

It is the ‘Histories’ section that is perhaps the most academic, looking at the host of occult and paranormalist societies and tendencies in Wilhelmite Germany. It is important to understand that although we now tend to see paranormalist and occultist ideas as being anti-scientific and anti-Enlightenment – Carl Sagan’s ‘candle in the dark’ metaphor encapsulates the view – in the mid-to late-nineteenth century such ideas were seen as progressive and radical, and an advance on, not an opposition to, ‘academic’ science. Organisations like the Society for Psychical Research, founded in this period, still follow the style of traditional academia with Journals dense with jargon and mathematics, painstakingly referenced and refereed.

Groups like the Theosophists gained a great deal of popularity amongst the middle-classes who were increasingly seeking an alternative to the stifling conformity of Imperialist Wilhelmite society, and occult ideas seemed to bridge religious and scientific ideas. Many people who were drawn to occultist thought associated themselves with a wide range of groups and societies. The author of this chapter, Peter Staudenmaier instances the occultist Karl Heise, who was a prominent figure not only in the Theosophical Society and Mazdaznan, a neo-Zoroastrian movement, but also Guido von List’s Ariosophist society, often highlighted as a leading influence on early Nazi thought.

Staudenmaier points out, however, that it is an over-simplification to assume that any one turn of the century occultist group or movement can be directly identified as a predecessor of the Nazi movement, as occult ideas were so prevalent across society, and Nazism arose from a very tangled web of often contradictory ideas. Although some occultists went on to join the Nazis and even rise to prominence, it is a mistake to think that this was an inevitable result of their occultist beliefs. Staudenmaier notes “Esoteric adherents made active and deliberate choices according to their own perception of the possibilities they confronted. Rather than reading history backwards from the vantage point of 1933, we would do well to give full due to the contingencies and complexities of the past”.

The chaos and near-anarchy of post-WWI Germany encouraged a growth in apocalyptic and utopian activities, which at times veered into almost ‘fortean’ phenomena. Max Hoelz was a soldier who after the war organised a Communist guerrilla movement in the Vogtland, an area close to the Bavarian border with Czechoslovakia. In the lawless atmosphere of the time his group raided properties, stole and distributed food, attacked the police and judiciary, released prisoners, and challenged the civil authorities. Hoelz became legendary for his ability to elude capture and taunt the police. At one time the police stopped and searched a wedding party, suspecting he was hiding amongst the guests. He claimed that he was there – disguised as the bride! Soon he became a semi-legendary figure, part Robin Hood, part shape-shifting Spring Heel Jack, able to vanish at will, or even appear in two places at once.

The cultural atmosphere of immediate post-war and Weimar Germany is discussed by Jered Poley in a chapter examining the work of the writer and film critic Siegfried Kracauer. In his book From Caligari to Hitler, A Psychological History of the German Film, published in 1947, Karcauer suggests a direct link between the cultural artifacts of the Weimar period and the rise of Nazism, particularly expressed in films such as The Cabinet of Dr Caligari, Nosferatu and Waxworks. 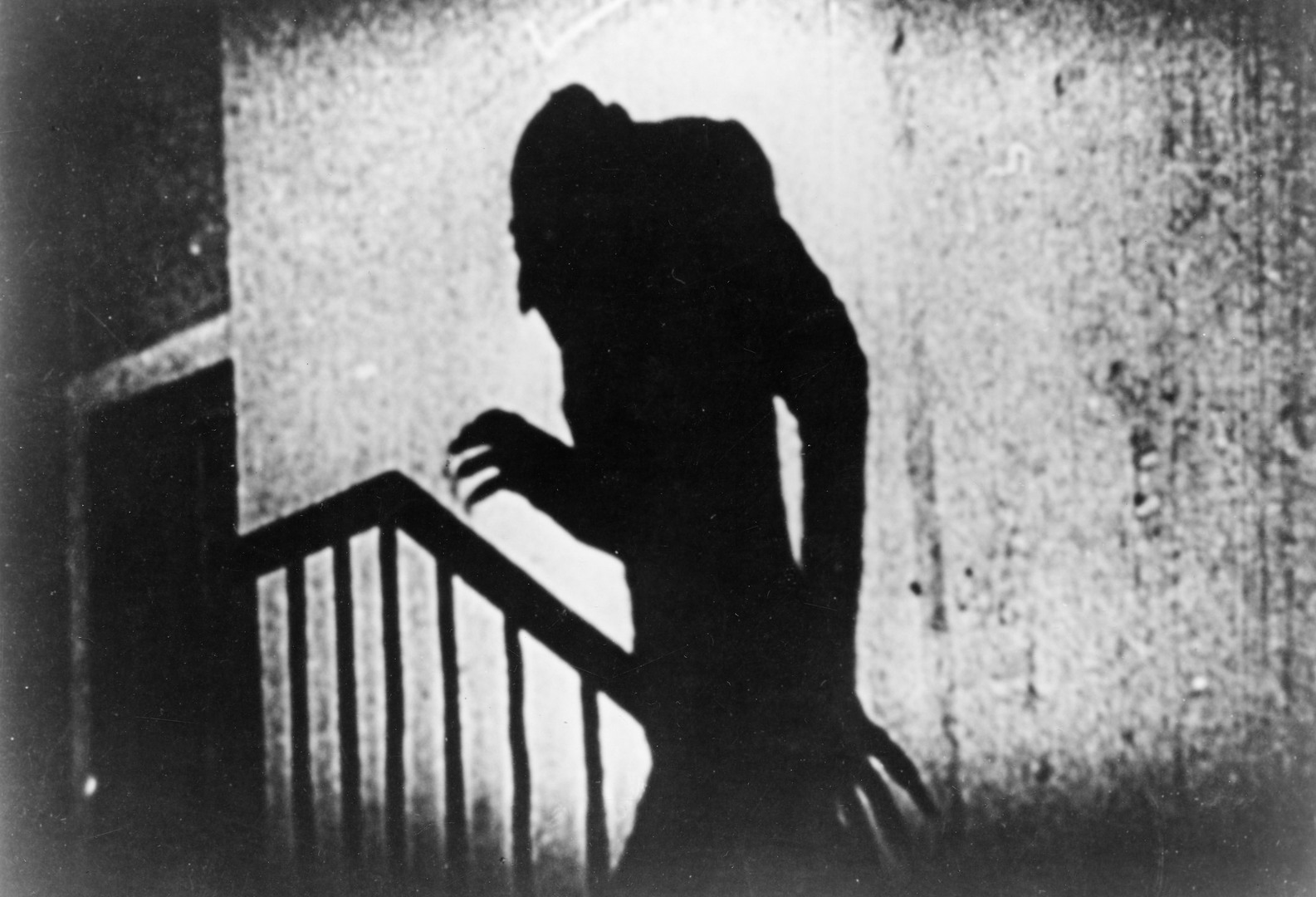 There has been an enormous amount of speculation about the relationship between the Nazi state and practitioners and promoters of occult and ‘pseudo-scientific’ ideas, who at times seem to have been accepted and then persecuted. This particularly involves the ‘Special Action Hess’, a round-up of occultists and astrologers suspected to have been connected with Rudolf Hess’s flight to Britain in 1941. Before this the authorities seemed to be fairly lenient to practitioners, but even after the clampdown imposition of restrictions often seemed haphazard. Whether or not an individual was destined for a labour or concentration camp, or just forgotten about, depended on many other factors than simply their particular occult beliefs, including their perceived benefit to the State.

In fact the Nazi Party’s attitude to these topics was quite pragmatic, with ideas such as the Steiner-influenced ‘biodynamic agriculture’, Horbigers’ ‘World Ice Theory’, astrology, and dowsing all being tried out to see if they could be of any practical use to the State. After Mussolini’s arrest and subsequent disappearance in 1943 a group of clairvoyants and dowsers were employed to search for his location. One official involved remarked sardonically: “These seances cost us much money, as these ‘scientists’ need of good food, drink and tobacco was quite enormous”. Nice work if you can get it, particularly in the middle of a war! The German Navy also seems to have experimented with dowsers in an effort to locate Allied submarines.

One example of the authorities’ pragmatism was the case of the Catholic stigmatic Therese Neumann, who attracted hundreds of thousands of pilgrims to the small village of Konnersreuth in Bavaria. Although now promoted as a sort of ‘resistance’ figure, and being presented as a candidate for canonisation, at the time she and her circle were careful to distance themselves from any overt political involvement. The Nazi authorities’ attitude to Neumann was also nuanced, seeing her and her followers, the ‘Konnersreuth Circle’, as potentially troublesome but also, being politically conservative, capable of being tolerated. In some respects the Circle created more problems for the Catholic hierarchy than for the Nazis.

The final set of essays, ‘Legacies’ looks at ways in which the idea of the ‘Nazi Occult’ has been incorporated into contemporary ideas about the regime, and how occult ideas and phenomena have been accommodated by the post-war governments in both East and West Germany. In the immediate post-war period the ‘healer and prophet’ Bruno Gröning rose to prominence, with reports of mystical healings and apocalyptic visions. Crowds of thousands of people gathering in Hamburg, purely as the result of a rumour that he might be living there after he had been banned from practicing his ‘healing’ in his home town of Herford. Critics, and the civil authorities, seemed to fear that his chiliastic ideas represented a continuation of the irrationality of the previous era. 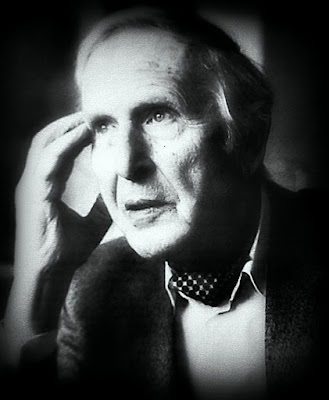 Another figure from the pre-war occult and paranormal scene fared better with his post-war re-invention, the parapsychologist Hans Bender [right]. Bender’s interest in what he later described as ‘borderline science’ began while studying in Paris in 1933. He was impressed with the way in which Joseph Rhine was establishing psychical research as a subject for serious study at Duke University in the USA, and worked to establish it similarly in Germany at the University of Freiburg. In 1941 he was appointed to the post of Director of the Institute for Psychology and Clinical Psychology at the Reich University in Strasbourg, which had been established by the National Socialists. Bender had been a Party member since 1937, although this was more or less obligatory for anyone wishing to pursue an academic career.

As well as his academic role in Strasbourg, Bender was also responsible for overseeing the work of the Paracelsus Institute, which was established to research astrology, etc. and which gave him the opportunity to teach conventional psychology but also involve himself increasingly in the parapsychological world. The clampdown on occultists after the Hess flight did not affect his work, as it was aimed almost exclusively at occult practitioners, rather than those who were deemed to be conducting scientific research into the subject. In fact he may have befitted from this action through receiving books and other documents which had been confiscated by the authorities. Anna Lux, the author of this chapter, comments: “Such experiences … reflect the vacillating stance towards occultism and parapsychology prevalent in the Third Reich”.

After the Allied occupation of Strasbourg Bender was held prisoner for six months, returning to Freiburg in 1946. As a former Nazi Party member he was not able to resume his academic career until 1956 when he was reappointed as an associate professor. In subsequent years Bender gained a reputation as one of the first ‘media parapsychologists’. His columns in the mass-circulation magazine Bild produced thousands of reports of ESP and parapsychological phenomena, and he became a familiar figure on German television. Lux concludes that Bender was instrumental in creating a ‘popular discourse’ on parapsychology.

Jeff Hayton is a professor of modern European history, with a particular interest in alternative cultures. In his survey of the ‘Nazi/Occult’ connection in contemporary computer gaming, he suggests that the myth of the 'Nazi Occult' is used as a substitute for the realities of the Holocaust. By inviting the game participants to destroy Nazis because they are vampires, black magicians or creatures raised from hell, rather than for of the atrocities they did commit, they become insulated from the historical reality and the gamers avoid having to examine the reality of Nazism and its legacy, or confront the complexities of real warfare. He also examines the shocking world of pro-Nazi gaming.

The final chapter, ‘The Wewelsberg Effect’ also looks at the ways in which the myth of Nazi occultism has permeated through a range of contemporary culture, with particular emphasis on rock and heavy metal music, and how the visual imagery of Nazism has a dark, seductive appeal. Although the shortest chapter in this collection this is possibly the most disturbing in demonstrating the depth to which Nazi ‘kitsch’ has penetrated popular culture and the level of acceptance it seems to have gained.

Apart from one or two of the earlier essays which require considerable background knowledge of philosophy and modern German history, this is an accessible work, although the general reader will probably be prepared to ignore the lengthy scholarly references. Translations of German titles and technical terms are provided, but the English reader may still be disconcerted by such words as Gendarmeriehauptwachtmeister, which apparently means ‘constable’.

This collection of essays is a very important contribution to the historical study of the Nazi era and the way in which an obsession with its so-called ‘occult’ elements have influenced subsequent ideas. The Editors’ introduction notes that the ‘persistent investment’ in Nazi occultism as a gateway to neo-Nazism suggests that the links between neo-Nazism and esotericism “remain a crucial topic of continued study”. – John Rimmer.