Over the last few years I seem to have developed a New Year tradition of reporting on the ‘top ten’ reviews in terms of the number of on-line hits recorded on this blog over the previous twelve months,. I see no reason to stop now as it seems an easy way of filling up the space, and might be marginally interesting!
🔻
We posted 86 separate reviews in 2016, and as you might expect the ones published earlier in the year by and large have now received the greatest number of hits, but that was not an invariable rule. The major factor in determining how popular a particular post is, is whether or not it had been linked to by other websites in our field. And an appreciative hat-tip here to the Anomalist site for its frequent acknowledgement of Magonia reviews. If it isn't on your list of favourites, put it there now.

So to open the golden envelope and make the awards: 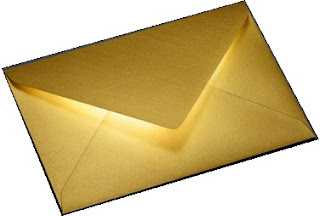 At number 10 is Peter Rogerson’s review of Strange Intruders, looking at the wide variety of creatures and critters and generally weird people who make life ‘interesting’ for those unfortunate enough to come across them.

Number nine is my review of Robert Schneck’s second round-up of American weirdness, The Bye Bye Man, featuring amongst other odd characters and strange events, the now-legendary and totally unrelated John ‘Skinny’ Rimmer.

Eighth on the list is Accused: British Witches Throughout History, by Willow Winsham which looks at the history of British witchcraft trials through the careful, and sympathetic examination of the lives of individuals caught up in witchcraft panics, from the fourteenth to the twentieth centuries.

John Harney took his courage in both hands and entered into the world of penis theft in Frank Bures’ The Geography of Madness: Penis Thieves, Voodoo Death and the Search for the Meaning of the World's Strangest Syndromes. This earned him seventh place in our Hall of Fame.

Susan Lepselter’s The Resonance of Unseen Things was a UFO book that was not really about UFOs, but rather an insider’s view of the wilderness areas of America where the UFO and abduction legends are born, and the people who shape, and are shaped by, these stories. My review of it was number six on our list.

Did ancient civilizations nearly destroy the earth millennia before we got the chance to do so? Does Nick Redfern really believe this, or is he just messing with our minds? Hard to tell, as John Harney found out when reviewing Weapons of the Gods: How Ancient Civilizations Almost Destroyed the Earth, in fifth place for 2016.

A bit out of the usual run of Magonian titles, 1177 B.C. The Year Civilisation Collapsed, by Eric Cline is an examination of a historical mystery which is as baffling as any Fortean phenomenon, but with the added complication that we know it actually happened. Kevin Murphy’s review puts it at number four on the list.

Peter Rogerson’s review of Michel Zirger and Maurizio Martinelli’s biography of the semi-mysterious George Hunt Williamson stirred up quite a controversy in the comments section, pushing this title to the year’s number three spot.

At number two is Peter’s review of a collection of essays examining the case against any form of post-mortem existence, The Myth of an Afterlife, compiled an edited by Michael Martin and Keith Augustine. This again sparked off some controversy in the comments.

Now a fanfare for number one, which has received twice as many hits as any other review published in 2016. This is a book that more or less finished off the entire abduction industry. Jack Brewer’s The Greys Have Been Framed: Exploitation in the UFO Community, examines forensically the work of the so-called ‘researchers’ who have manipulated people in order to manufacture the abduction experience for their own ends. The most important UFO book of the year – perhaps any year.

That’s what our readers have been looking at this year. Why not click through to some of those reviews and see if you agree with our reviewer’s opinions. And perhaps leave a comment or two yourself. 2017 dawns, onward and upward, and a Happy New Year to all Magonians. -- John Rimmer

"The Greys Have Been Framed: Exploitation in the UFO Community, examines forensically the work of the so-called ‘researchers’ who have manipulated people in order to manufacture the abduction experience for their own ends."

Brewer's book doesn't establish any manipulation or abuse on the part of any abduction researchers. In regards to this issue, it relays a combination of false and uncorroborated claims, made and repeated by a handful of individuals who were respectively publicly documented (via email and audio evidence) to be on very specific and personal distortion/vilification campaigns against their targets. Brewer's book coupled these vicious, unsupported claims with opinions from other individuals called on to appraise and render judgment on said (unproven) claims. Some of the individuals doing those purported appraisals have repeatedly launched publicly documented ad hominem attacks against their targets. The ugliness of those attacks betrays any kind of implied objectivity on their part.

Brewer's book has some value in other areas he discusses. But in regards to this matter its plainly inaccurate.