In the early 1990s Magonia published a series of articles about the then-current 'Satanic abuse' panic, which involved unproven allegations of mass child abduction, abuse and sacrifice which were being promoted by a number of agencies, and receiving widespread press attention.
🔻
We compared these stories to the narratives of individuals who had made claims of similar kinds of abuse, allegedly through been abducted by aliens, or as part of historical Satanic and witchcraft activities. [See links below]

The Satanic Abuse stories did not come from out of nowhere, and this book examines the wider background in which they developed, particularly through mass-media and popular culture. 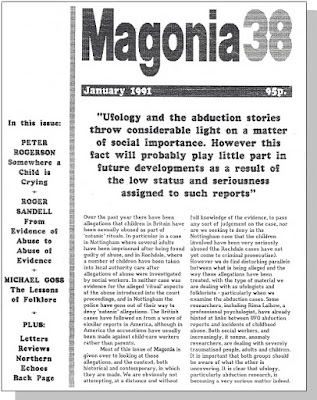 The book Michelle Remembers is often cited as the earliest example of a Satanic child abuse narrative. Published in 1980, this book relates the story of Michelle Smith who claimed to have been inducted into a Satanic conspiracy by her mother. Her account retails most of the elements which came to define the later development of the panic: women being kept as “breeders” to produce children for sacrifice, and the existence of an international conspiracy of Satanists involving senior figures in politics, business and the church. Even such outrageous claims as that she had horns and a tail surgically fitted to her body.

The most significant part of Smith's story is the way in which it was revealed; after hypnotic sessions with the therapist Lawrence Padzer - whom she subsequently married – and it was this, amongst other elements, which caused writers in Magonia to see it in relation to the alien abduction scare which developed in the 1980s.

Smith’s narrative began to fall apart not long after publication, as members of her family came forward to denounce her story, and careful examination of her claims showed many of them to be physically impossible. However at the same time the book was gaining enormous publicity, becoming a best seller and earning the Smith/Padzer couple over $300,000, with national publicity tours and appearance on the Oprah Winfrey Show and other prime-time TV programmes.

Although it is sometimes claimed that Michelle Remembers was the source of the entire 1980s-1990s Satanism scare, the contributors to this collection show that it goes much further back and deeper in popular culture than that. 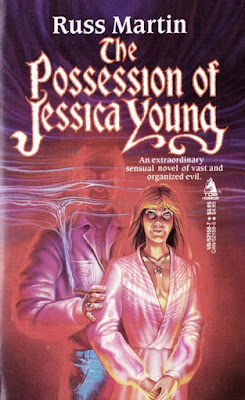 One of the earlier sources of the vivid imagery that surrounded the Satanic panic were the series of exploitation films and lurid paperbacks that cashed in on the success of films like Rosemary’s Baby and The Exorcist in the 1970s. Alison Nastasi reviews a series of paperback pot-boilers by Russ Martin. These books, published originally by an offshoot of Playboy magazine, are written from the female perspective of the heroine/victim, explicitly characterising her as the medium through which Satan is introduced into the world of conventional American suburban life. This is also a feature of Michelle Remembers, where the figures who initially trap and abuse Michelle are depicted as female.

Nastasi sees the theme of these books as being “at once an admission of male anxiety over female agency and a cautionary tale about the liberated woman, Martin forces readers into the uncomfortable space between identification and revulsion”.

Running parallel with fears about the activities of Satanists and ‘devil-worshippers’ was concern that young people were being lured into Satanism and ‘The Occult’ through a range of apparently innocent activities, most particularly games and music. These were largely led by right-wing Christian groups and activists, like the campaigning group BADD (Bothered About Dungeons and Dragons) set up in 1983 by Patricia Pulling. BADD alleged, with little evidence that gaming was responsible for a number of teenage suicides, and in the UK the Daily Express (who’d have guessed it) proclaimed “Cult fantasy games on sale in Britain could drive players to murder and suicide”

In the pre-home computer era the main source of this anxiety was role-playing games such as Dungeons and Dragons. One anti-DandD campaigner, Gary North, a prominent figure in the right-wing evangelical movement in the 1970s and 80s denounced them as “the most effective, most magnificently packaged, most thoroughly researched introduction to the occult in man’s recorded history … this is NO game”.

Inevitably, as the claims continued, designers began to exploit the controversy, deliberately introducing more extreme elements into their games, a process which was echoed in the growth of Black Metal and Death Metal bands reflecting and amplifying the panic that surrounded them, some even putting genuine ‘back-masked’ messages into their discs. Although as Magonia’s Roger Sandell remarked at the time, if back-masking was an effective form of instilling unconscious commands, surely the most popular message would be “buy our next album”! 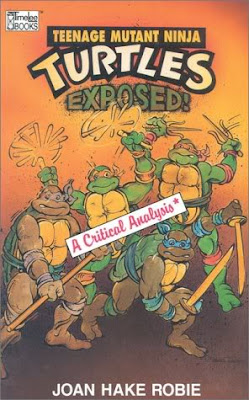 But even apparently innocent comic books were also involved in Satanism, with the specifically do-gooder character of He-Man being recruited into the evil conspiracy, along with other cartoons and their spin-off toy characters. Books like Turmoil in the Toybox and Saturday Morning Mind Control warned of the sinister satanic images and themes that parents should look out for in cartoons ranging from the Care Bare to the Ninja Turtles: “demons, spirits, familiars, pentagrams, goats’-heads, occult practices, seeing into the future, levitation, mind control, divination, communication with the dead, witchcraft, amulets, wands, staffs, magical powers or books of spells”. A special prize if you found them all in the same cartoon, I suppose.

Kevin Ferguson looks at the Satanic films of the 1980s, and how they updated the threat of occult conspiracy, through the introduction of new technology, which to many people was as much a danger to their way of life as Satanism itself. He analyses two films, Evilspeak, and 976-EVIL where bullied and marginalised adolescent boys are drawn into a Satanic web through computers and premium-rate phone lines, and using the powers they gain to wreak vengeance on their tormentors, before plunging into the abyss themselves.

Leslie Hatton recalls a notorious murder case from Long Island, which unleashed a heady brew of sex, murder, drugs, Satanism, and sensationalist reporting; and Alison Lang reviews the notorious Geraldo TV special in 1988 which perhaps did more to promote the theme of Satanic ritual abuse and sacrifice than any other source, and through interviewing some of the people involved in it provides a text-book example of how to produce a sensationalist TV show, whilst at the same time publicly humiliating the people taking part in it.

Other themes covered include Heavy Metal and Black Metal music, which provoked a counter-action by the creation of White Metal and Christian Punk. These attempted to use the musical language of Metal and Punk to express an ostensibly Christian message, but soon themselves fell prey to the Satan-hunters. 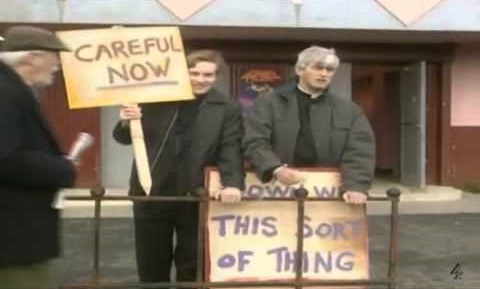 Although most of the topics in this book, and the writers, are American, one specifically British chapter, by David Flint looks at the SRA in Britain, tracing a cultural background in the ‘Video Nasties’ panic of the early 90s, and examining the way in which the artist/musician Genesis P-Orridge became a lightning-rod for the Satan-hunters. This chapter contains a remarkable photograph of Mary Whitehouse with protesting nuns outside a cinema, presumably showing some film which incurred their displeasure, looking remarkably like the ‘Down With This Sort of Thing’ episode of Father Ted! The extensive selection of illustrations as a whole in this volume is worthy of note, especially a particularly lurid colour section of 1970s images.

As most of these contributors present arguments which are strongly critical of the claims of the Satanic panic promoters, it is interesting to see one piece, by Adrian Mack presenting a rather revisionist account of the notorious Macmartin Daycare Center affair, and suggesting that the dismissal of the allegations against the defendants may have been flawed. He also presents a sceptical view of False Memory Syndrome and is very critical of some of the people who have written about this condition. Although this seems out of joint with the rest of the book, I think it is important that a dissenting voice is presented.

Although most of this book presents a specifically American perspective, especially in the treatment of media and pop-cultural involvement in the whole Satanic episode, and some of the references may be lost on readers this side of the Atlantic, most of what it describes is equally relevant to the British experience, and will be of interest not only to those interested in the development of this particular episode, but to those with an interest in the broader social history of moral panics. – John Rimmer.