Familiar words often have unusual or obscure origins. Everyone knows the meaning of the word 'revamped', to improve the form, structure or appearance of something. But what of the word 'vamp' itself? Of course I had to check an etymological dictionary to discover that in this case it means the upper front part of a shoe.
🔻
That is the sort of fact which, once heard, is never forgotten and comes in useful for throwing into conversations at the pub. The other meaning of 'vamp' is obviously a short form of 'vampire', usually a pejorative term for a woman who uses her feminine charms to get what she wants from a man. Other synonyms for that meaning would include 'man-eater' and 'bloodsucker', quite in keeping with the chief predilection of a vampire.

There are humanoids amongst us who would no doubt say that any book about vampires, and other supernatural beings, is 'a load of cobblers' written by bloodsuckers out to get our money. It has to be said that there are a lot of rubbish publications on the subject of the supernatural in general for the mass popular market, but this is not one of those. This book, with its arresting title, is a collection of scholarly essays on the whole gamut of supernatural entities in the tradition and culture of many countries around the world. These include such diverse countries as Ireland, Jamaica, Japan, Mexico and Sweden.

Indicative of this not being a mass-market production is that it is text-heavy and has only a handful of illustrations throughout. Nonetheless the essays are all enjoyably readable without being overly serious or academic, and contain masses of useful facts and pieces of information which I found to be both edifying and entertaining.

The American editors, Barbara Brodman and James E. Doan, both Professors at Nova Southeastern University in Florida, already have two in-depth studies of the vampire in popular culture to their credit: The Universal Vampire: Origins and Evolution of a Legend, and Images of the Modern Vampire: The Hip and the Atavistic (both Fairleigh Dickinson University Press 2013).

As with those earlier publications, The Supernatural Revamped is a compilation of specialist papers written by a number of different contributors. There are 17 essays in total, arranged in two parts: Part One: Ethereals and Terrestrials, and Part Two: The Undead and Still Dead. The editors' intention was to look at "other characters in our folkloric odyssey that we had ignored in favor of our emphasis on the vampire". They decided they had done vampires to death, so to speak, and needed some fresh blood for their next project. "Is there life after vampires?" was the question that they contemplated while looking out from Vlad Dracula's castle in Transylvania, where they were celebrating the success of those two volumes. With that in mind, they sent out a call for papers to discuss the significance of other members of the pantheon of supernatural creatures.

While not claiming this compilation to be an exhaustive examination of all such entities in ancient folklore, history, and modern cultural media, the editors have done a most impressive job in selecting and compiling a broad range of expert knowledge on the subject. A brief survey of the biographical notes of the contributors shows that almost all of them are PhDs, or university lecturers. This shows in the quality of the writing and the extensive cultural references throughout.

Part One includes chapters dealing with demons/daemons, and angels, fairies and sorcerers, ghosts, werewolves, witches, and vampires. The second features 'death messengers', vampires (again) and zombies. It would be hard to say certainly which class of entities is the top of the popularity stakes, but zombies must be at, or near, the top. They are so ubiquitous these days, aren't they? They can be seen all over London, particularly in places like Camden Market, and almost always appear to be young adults made up to look like walking corpses.

But what exactly are zombies? Chapter 16, 'From White Zombies to Night Zombies and Beyond', says: "Providing a consensus definition of 'zombie' is destined to be futile. For every hard and fast rule or attribute of the zombie that can be listed (e.g. an appetite for brains or flesh, the lack of free will, a reanimated corpse or possessed body of one person, etc.) there exist numerous exceptions."

The writer suggests that 'zombie' ought to be considered as a discursive label in flux, rather than a fixed definable category. It appears that the word entered the English lexicon in 1819, with an entry in the Oxford English Dictionary, which placed the origin of the term in West Africa. Voodoo, the religion practised by African slaves in Haiti, furthered the concept of humans without souls, the 'walking dead'. This may have been related to the soul-destroying effects of abject slavery. In any case, stories of dead corpses being reanimated have been around for centuries, for example being popular in pulp magazines of the nineteenth century.

This chapter is particularly interesting because the author, within relatively few pages, traces the whole development of the zombie in modern culture from those pulp magazines through novels and a vast genre of films right up to the present day. Two films that appeared in 2002, Resident Evil, and 28 Days Later, are credited with jump-starting the so-called 'zombie renaissance'. The timing is important because of the worldwide shock of the events of '9/11' in September 2001. Both films became more relevant "because the after-effects of war, terrorism, and natural disaster so closely resemble the scenarios of zombie cinema". As art follows life, so does the zombie genre reflect a sense of deep social malaise within most developed economies of the world.

The modern world of the twenty-first century allows national cultures to cross borders with ever greater ease. Chapter 10, 'An Anime Dullahan - The Irish Death Messenger Adapted in Japanese Popular Culture', provides the quirkiest example of this cultural cross-pollination. "Japan has become famous for its particular brand of animations, known as 'anime',"which have recently achieved worldwide acceptance (and) have embraced many foreign supernatural creatures. They have made them well known in Japan and are now re-exporting them successfully."

The writer succinctly makes the point that highly distorted versions of Western supernatural creatures are now becoming part of a globalised popular culture, in some cases supplanting the originals on which they were based. The Irish 'dullahan', a kind of headless death-messenger, first became well known in Japan as a character in video games. In the mid-1980s Japan led the world in designing innovative video games for the home and international market, which was booming. "Japanese game artists undertook extensive research to identify monsters suitable for Western role-playing settings. This led them to the headless Irish fairy, the dullahan, which seldom failed in scaring game players." In the well known and highly successful Dragon Quest series of games, dullahans underwent a complete metamorphosis from death messengers to horribly versatile monsters. They appear in dungeons to frustrate the players' missions. 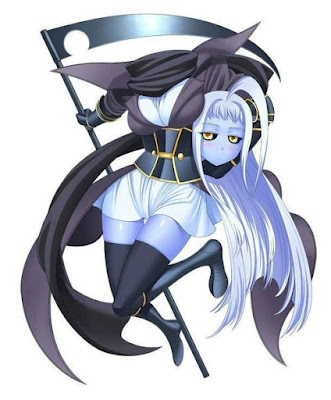 For my personal taste and interest Chapter 5, 'Philosophers and Demons - Socrates, Descartes, and the Search for Certainty' is the most outstanding and memorable in this excellent collection of essays. Its author, Darren Hibbs, gives the most concise explanation of the foundations of philosophy that I have ever come across. His starting point is why philosophers should take an interest in the role of demons in religious traditions. From the particular to the general, and then back to the particular, his thesis is summarised in a series of questions. These include "What is the content/nature of reality?" and "Is anything intrinsically good or bad?"

The word demon is the modern English equivalent of an ancient Greek term that sounds similar but has a different function or meaning. It was not meant as a malicious entity trying to harm us, but rather a supernatural force of some kind that influenced our affairs for good or ill. A great example occurs in the case of Socrates. When he was falsely convicted and sentenced to death in Athens, he accepted his fate calmly by consulting his own 'demon', in this case his own inner voice of wisdom.

This concept approximates to having a dedicated guardian spirit that has an impartial viewpoint. Here is Socrates' reasoning, as recorded for posterity in Plato's Apology: "In the past the prophetic voice to which I have become accustomed has always been my constant companion, opposing me in quite trivial things if I was going to take the wrong course.....In other discussions it has often checked me in the middle of a sentence, but this time it has never opposed me in any part of this business in anything that I have said or done....I suspect that this thing that has happened to me is a blessing, and we are quite mistaken in supposing death to be an evil."

The chapter continues with an insightful consideration of Descartes' attempt to define what is real in his Meditations. Can reason alone lead us to a reliable source of belief, or ultimate truth? He formulated a sceptical hypothesis, postulating an all-powerful evil demon, that is often described as 'hyperbolic' because the hypothesis seeks to cover all possible reasons for doubt or uncertainty. In this case the demon is only an intellectual device. For Descartes, the only thing you could be absolutely certain of is that you exist, and this is only certain at the time you are thinking it. The rest could be a dream, or a matrix of reality.

Sometimes, whatever its nature, human experience of reality can be severely disturbing. The writer Joseph Sheridan Le Fanu suffered extremely vivid and horrifying nightmares. When these occurred his method was to get up and write down the details of the frightening dream, then later to work up a story from that material. His ghost stories are considered to be some of the finest ever written, and leave a long-lasting impression on their reader. As the writer of Chapter 3: 'The Nightmare Tales of J.S. Le Fanu' explains: "The result of working in this manner is that Le Fanu essentially psycho-analyzed himself". This in itself is a useful thought for anyone similarly afflicted by terror. Writing is a great release, and any strong emotion can be turned into creativity.

If this philosophy sounds a bit too serious, I must draw to a close with the assessment of two Swedish police officers who investigated a series of reported attacks by werewolves in 1972, as reported in Chapter 7, 'An American Werewolf in Trelleborg'. One of them told reporters what he thought of a new hippie generation: "Nowadays many people look more or less like werewolves, with their long hair and beards". The other said that people in the twentieth century were no more civilised than cavemen when you scratch the surface.

I suspect that those two policemen were right in a general sense. As long as there are humans there will be sightings of zombies, werewolves, ghosts and the whole panoply of supernatural creatures. There will always be arguments about what is real and what is imagination. Such is the nature of the 'supernatural', now attractively revamped for a new generation.  -- Kevin Murphy.