This is a collection of scholarly essays examining ways in which occult ideas spread into a wider popular culture in Britain, from the late Victorian period, roughly contemporary with the development of Spiritualism, until the end of the Second World War and the rise of Wicca and modern Paganism.
🔻
The essays are collected into four groups, defining ways in which the editors propose that such ideas have entered the popular imagination. Importantly, one of these describes entrance points which lie outside the metropolitan, literary London-centric milieu which they feel has dominated discussion of the topic, concentrating on the capital's publishing houses, occult societies and personalities. They describe the topics discussed in this section 'Beyond the Metropole'.

Michael Shaw, a lecturer in Victorian Literature looks at the key role Scotland has played in the development of Theosophy in Britain, and the significance of the Celtic cultural revival in developing a specifically 'Scottish' form of theosophy, which differentiated itself from the broader British section of the movement. This seemed to be encouraged by Theosophical leaders who appeared to be sympathetic to Scottish political nationalism as well as a Scottish occultural identity. Annie Besant, for instance, spoke to the Scottish Home Rule Association in 1919, calling for the re-creation of the Scottish Parliament.

A major figure in Scottish occultism was Patrick Geddes, now better know as a pioneer of town planning, who worked on plans for the development of Edinburgh, Bombay and Tel Aviv. Many of his ideas on architecture and planning, and the need to develop the relationship between individual, social and aesthetic needs when creating a city or neighbourhood were influenced by his Theosophical beliefs. 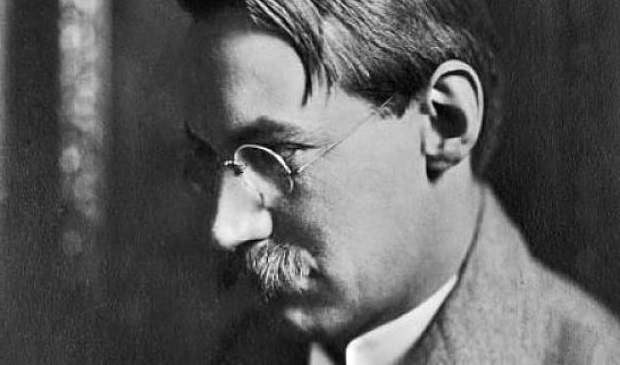 The literary works of Edward John Moreton Drax Plunkett – Lord Dunsany [above] – also drew from theosophical and occult sources, aligning them with Celtic revival ideas, and Eastern mysticism, and influencing later writers from J.R.R.Tolkien to H.P.Lovecraft and Ursula LeGuin. His plays were very popular and were influential in introducing occult and mystical ideas to the theatre-going public.

Clare Button, who has written on the 'folk horror' genre, discusses the work of Rolf Gardiner, a key figure in the revival of folk music and dance and promoting agricultural reform movements in the nineteen twenties and thirties, was also perhaps a pioneer of 'earth mysteries' thought. The energies which he saw inherent in the landscape were accessed by the ritual movement of traditional dances, primarily Morris and Sword dances, which he claimed were survivals of pagan rituals.

He settled at Springhead, in Dorset, establishing an agricultural centre where music and dance were central elements in life, attempting to create a centre of spiritual power and re-establishing the 'genus loci' of the landscape. He saw dance as a form of ritual magic, and was dismissive of an earlier generation of magicians who he denounced as “running away into corners and cohabiting privately with the Unseen”. Magic, in Gardiner's view was conducted in the open air, and he became critical of the English Folk Dance Society, whom he accused of presenting folk dances as “objects of sentimental indulgence and emotional outlet … not as a disciplined restoration of community order and vitality”

His nativist and nationalist views - “In England with English bodies and an English body and landscape, one should dance English dances, just as in Greece one should dance Greek dances" – and his admiration of German 'back to nature' movements led to one later writer describing him as an 'honorary Nazi' and an 'ecofascist'. He could also be described as a eugenicist, although this was much more of a mainstream attitude, on the Left as much as on the Right, in the twenties and thirties. His political views presumable matured after WWII, when he became a member of Dorset County Council and High Sheriff of the County.

Other chapters in this collection discuss the dissemination of the ideas of Annie Besant and Charles Leadbeater into the wider culture, particularly through the close links which developed between the Theosophists and the Liberal Catholic Church, an organisation noted for the large number of rather dubious 'Wandering Bishops' who formed most of its hierarchy.

Nick Freeman, the author of the essay 'The Black Magic Bogeyman, 1908-1935' admits in a preface that he “has never been able to resist tabloid newspapers or sleazy paperbacks”, a failing which served him well in writing this chapter. He traces the history of the literary occult from the time of Dickens, who with stories like 'the Signalman' and 'Christmas Carol', bruoght the occult home, back from the Italian castles and Alpine fastnesses of  'Otranto'.

In the later nineteenth century tabloid and sensationalist papers like Illustrated Police News, began to report on phoney occultists such as Theo Horus (aka Frank Jackson) and and his wife Laura who established a 'Theocratic and Purity League' which, like most things with the word 'Purity' in their name, turned out to be nothing of the sort, and was basically a way of 'Theo' getting his leg over with a succession of young ladies and having them pay for the privilege. This was naturally reported on by the more popular prints with an enthusiasm which would be the envy of the late-lamented News of the World.

Much of this chapter also looks at 'the fictional Crowley', from Somerset Maugham's 'Oliver Haddo' 1908, to the fertile imagination of Dennis Wheatley, where he is depicted as 'Damian Morcata' in Wheatley's best known novel, The Devil Rides Out, and in a host of other writers, who by now can probably only be found in the reserve stock of Arkham Public Library, where the Wickedest Man appears in the guise of 'Josephus', 'Oscar Slade' and Hugo Astley.

Although women played a prominent, even leading role in the British occult milieu, the editors point out that this was by no means the same as affording them any degree of sexual equality. One woman who struck out on her own was the actress Florence Farr, a member of the Golden Dawn, who formed a psychic relationship with a mummy in the British Museum, (No. EA5704) which she believed to be the remains of an Egyptian Priestess, Mutemmenu, an Adept of the highest order, and maybe even one of the Secret Chiefs.

By communing with a female figure of high rank and receiving visions and inspiration from her, Farr bypassed the male-dominated structures of organisations like the Golden Dawn, and drew from a growing contemporary literary mythology of the power of Egyptian magic. Unfortunately, discoveries several decades later rather undermined the significance of her communions.

Another woman who moved occult ideas into popular culture was Emma Hardinge Britten, prominent in the nineteenth century Spiritualist movement. Her work, The Ghost Land, or, Researches into the Mysteries of Occultism, was published in 1876, under a male pseudonym, 'Chevalier Louis de _____'. The book is written as reports of the Chevalier's experiments in what would now be described as 'psychic projection', giving accounts of visits to the future and the depths of the universe, producing a work which was a mixture of pioneering science-fiction, and a means of promoting the author's own revisionist occult ideas.

Pamela Coleman Smith is perhaps best know today for her creation along with A.E.Waite, of what is now almost the standard occult tarot deck. Significantly the deck is now usually referred to as the Rider-Waite deck, the name of the publisher – Rider – being considered more important than that of the artist. Smith was a synaesthete, who saw music in terms of colour and shapes. She regarded this as a spiritual gift which informed all her art.

A curious by-way of occult art is described by Massimo Introvigne, who looks at the way in which portraits of 'The Masters' were used by the Theosophical Society, an organisation which in principle opposed any pictorial portrayal of figures such as Koot Hoomi and The Master Morya. However such portraits were painted by a number of artists, and accepted by the Society, but were presented as being produced by The Masters themselves, either by an artist through a process similar to automatic writing, or by mystical means directly onto the canvas itself.

This is a densely written series of essays, but they present a readable and often entertaining account of the way in which complex occult ideas were introduced to a broad public through novels, plays, newspapers. One or two chapters might be rather specialised for the general reader – I confess I baulked at 'Psychoanalysis and the occult periodical', and one or two others – but mostly this is a fascinating and readable account of a neglected aspect of the history of modern occultism.