IF YOU CAN REMEMBER THE SIXTIES

Tobias Churton. The Spiritual Meaning of the Sixties; The Magic, Myth and Music of the Decade that Changed the World. Inner Traditions, 2018.


The Magic, Myth and Music of the Decade that Changed the World is a challenge for any author to undertake. The monumental changes over this iconic period is a massive project, but Churton accepts this as an honour, being a child of this era. This is a substantial volume of over 700 pages, and is clearly the fruit of years of informed reflection, written from a perspective within the culture described, and what had come before it and created it.
🔻
Churton has involved many of his contemporaries in long discussions to gain their insights. One friend, the graphic artist Jean-Luke Epstein, a renowned designer of album covers, related a very rare interview he undertook with members of Pink Floyd, which analysed the images of the sixties, explaining how the power of images had obscured the real sixties as it was lived and felt at the time. The last discussion graduated to profound debates about death, immortality and the destiny of the soul. Churton also spoke to Ehud Sperling, the founder of Inner Traditions, the publishers of this book, who explained the significance of the Hindu god Shiva as an animating spirit of the decade’s creative-destructive inner dynamic.

The sixties were combustible, a riot of action and reaction on all sides; many were busking it or winging it by the seats of their pants, “carried along with the waves, blowing in the wind, wisping down the vales of time along with elusive answers”.

The prevailing expression of the decade’s prominent musicians was that of a tantalizing, heartfelt youthful freedom 'to be', the easing of shackles, as well as an unexpected new realism, personal commitment, vivid interiority, a sense of foreboding and impatience with loneliness, which was lightened by laughter-filled liberty of free imaginative space, with a promise of liberating love, colour, excitement, magic, surprise and something more, something deeper, something spiritual.

A decade is an arbitrary period, whose dominant personalities were born long before the era began, but it is also a convenient slice of unimaginably complicated phenomena involving three billion human beings (in the 1960s) with a collective hunger for change. “Faith is void without a future.” Decades are social not scientific constructs, which are “often related to epochs or fashion or eras of wars”.

Churton remarks that one key feature of the 1960s decade was just how early in that ten-year window people became conscious of it as an era. President Kennedy, himself a symbol of change, famously declared in 1961 that America would put a man on the moon by the end of the decade. The potential for the end of the world in nuclear Armageddon was feared universally. This alarming sensibility, coupled with Kennedy’s own assassination, further increased the significant of this ten year period, filling it with apocalyptic undertones.

A little over halfway through the decade, Churton notes that the print media created the 'Swinging London' epithet. TV ownership and magazine distribution rocketed, the power of the image increased significantly and powerful images are prone to be worshipped. Shots taken of earth from outer space, the smiling hippie girl in mini-skirt with a flower in her hair, the kaleidoscope rock poster, and so on, created the 'Global Village' meme. Carnaby Street was filled with schoolboys in velvet suits, cavalier haircuts, and round, pink glasses. But in other aspects of Sixties history, from the successful Soviet space programme, or the CIA -backed Bay of Pigs disaster in Cuba, to the Cuban Missile Crisis, and the 'Troubles' in Northern Ireland, we find that the Swinging Sixties were nowhere to be seen.

“It is no surprise to anyone to hear that the sixties has been marketed”. It took little time between the signal appearance of the psychedelic 'love' vibe in 1965 to the selling of Beatle wigs in Woolworth s just as they touched down on American tarmac.

Churton tells us “For myself personally the 1960s was a spirited experience, in both general and particular senses, so I think I may have something to contribute in assessing its spiritual meaning. It was the unfolding discovery of the sovereignty of the individual in society and the freedom of the individual to accommodate and be accommodated in cosmic consciousness.” I like this paragraph as I have had this same experience of the sixties and can relate to his sentiment.

He continues in the same vein. It was perfectly possible to have a very spiritual 1960s living experience, without the least recourse to pop and rock music, long hair, and costume, “psychedelic stimulants, or latent, imported, or nascent Hinduism or Sufism.” But if you did experience the 1960s spiritually, you will necessarily have been brought to recognise at some point or other that the youth movements of the time were also undergoing a spiritual crisis endemic in Western culture.

Beatlemania that first appeared in 1963 saw the Sixties succumbing to a “virtual fantasy”, a hollowness of mass hysteria whose effects indicated to the pundit’s eye an abandonment of Christian values of respect, anti-idolatry, and self-control and whose source could therefore only ultimately have been evil, however unconscious of that force for spiritual deformation the idols of popular adoration might, in their ignorance, be generously presumed to be. Some idols began to express spiritual interest and began to openly criticize the materialist society. Shadows of an encroaching break-down of civilization and sundry persistent miseries, and the influence of psychologists such as Carl Jung and RD Laing, indicated that the era galvanised the imagination of the unconscious religious seeker without offering an adequate religion to satisfy the demand.

In Part 1 of the book Churton continues to talk about the resurgence of the Sixties when it had become “groovy again”. He describes the LSD experience as “how would you describe a hot bath to a being that had never experienced heat?” He continues, “Under the influence of psychedelic stimulants writers and artists saw ancient messages in a new light. Thus, in 1967, the Beatles’ conclusion that 'All You Need Is Love', while ancient in inspiration, sounded new to many”.

He tells us “Older persons look back with often self-deceiving nostalgia. For the greater number of celebrants of the legend, it must be said that the era they imagine existed as a composite narrative of colourful freedom, peace, and love is largely a media creation” 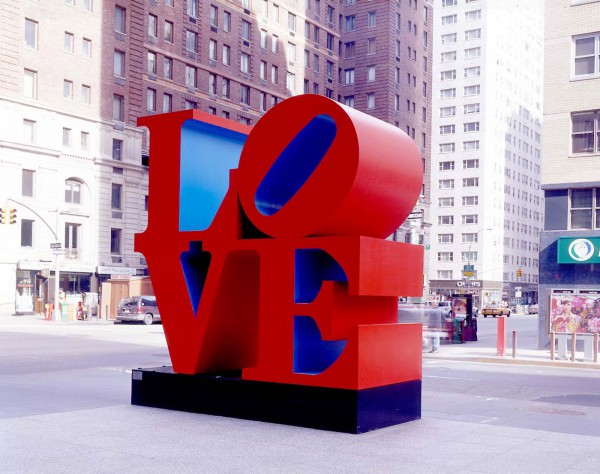 I disagree with Churton on this matter. Of course media did play a part in advertising and even creating the Sixties but it was the communities of common people in general and the youth in mass that created the new freedom from within themselves and it was them/us that shared this creative and political urge through local micro-publications, local bands and a shared comradeship as part of a nuclear family. Even our parents were moved and involved with this revolution.

Enough of me. Churton shows that the phenomena constituting the popular image of the 1960s are well known. We can express them in extraordinary leaps, or changes, from one form to another. These leaps speak eloquently about the pace of obvious change in a decade that at first glance suggests the decade had been given an “intravenous injection of amphetamine sulphate from its inception”.

He then gives us a list of comparisons:- Sinatra to Led Zeppelin, I Love Lucy to Star Trek, Protestantism to Hare Krishna, Boston Strangler to Charles Manson, Destination Moon to 2001 Space Odyssey, Buddy Holly to Jimi Hendrix, Cowboys to Native Americans, uncool to cool, and so on.

“Do any of these changes have a spiritual meaning?” the author asks, or was it that all these changes were merely superficial? All things must pass. And all things must change. And all the changes must pass too. John Lennon would reflect bitterly all that really happened in the 1960s, in terms of political progress, was merely that a lot of people had grown their hair long, leaving the same 'bastards' in power. For him, at least in that year of 1970 he vainly dubbed ‘Year One’, “the dream was over”.

In the section Apologia pro-Philosophia Sua, Churton advises us that readers who are comfortable with the idea of spiritual meaning concerning a decade may choose to skip the next two chapters and go straight to Part Three. However, in the following chapter, he examines the philosophical and etymological basis for the term ‘spiritual meaning’, while in chapter four he indicates what is meant when we are asked to look for the spiritual meaning of a period of history: “Readers who find philosophical structuring and first-principle tedious or distracting will lose nothing by going to chapter 5.” There are really two books in one here, and can be read as such.

Chapter 3 has many references to artists, their songs and their meanings, or sentiments pertinent to the era they were written in and the political landscape they had been created in. He also connects important political leaders of the time to now-famous authors and movies that had a cultural impact on the general public. He covers a lot of ground from Frank Sinatra’s Watertown to Joe Meek’s Telstar to Kyu Sakomoto’s Sukiyaki, Woodstock, Carl Gustav Jung, the Moon landing, Pink Floyd, Kant and Jesus and a lot more.

In discussing spirituality in cinema, art, and music “the zeitgeist of 1960 seemed all against the spiritual in art”. Galleries were well-lit, bare white cubes, presenting neatness amongst modernist aesthetics, whereas the idea of spiritual art, he claims, is better to be seen in indeterminate luminosity among shadows and vague furnishings. Churton's breakdown of the Magical Mystery Tour is a tour-de-force in analysing a film and its music: “The Beatles showed an inclusive love, like Jesus’ parable about going into the hedgerows to find guests for the real messianic banquet. The Beatles favoured the outsiders, the people normally overlooked or frowned upon.”

It has been difficult to present this book fully, or to review it well enough to do it justice, as there is so much fascinating information and twists and turns. I can only give a broad outline to the feelings conveyed by the author who has done a brilliant job on this difficult subject. Buy this book and you will not be disappointed if you are interested in this exciting period of our recent cultural history. -- Gerrard Russell.

Excellent review.
I too believe that the media were followers of what was going on as the 60's feeling and momentum was certainly localised and was sparked by pure creativity.
It was a truly magic time.