Geoffrey Ashe is not a name you would associate with Hell-Fire Clubs. He is a venerable British historian known for his expert research on the subject of King Arthur. At the time of writing this review, in May 2020, I found that he is still thriving at the age of 97 and living in Glastonbury, where he is an Honorary Freeman 'in recognition of his eminent services to the place as an author and cultural historian'.
🔻
This 2019 edition is the fourth version of a book that was first published in 1974. In his "Preface to the 2019 Edition", dated 20 September 2018, he recalls: "This book had its origin in a casual remark by a publisher, who told me that there was no good account of the Hell-Fire clubs of the eighteenth century." He knew nothing about them, except for the one associated with a Thames-side retreat at Medmenham, "and all I knew about that was from Three Men in a Boat. Jerome K. Jerome had this to say about it:

"The famous Medmenham monks, or 'Hell-Fire Club', as they were commonly called, and of whom the notorious Wilkes was a member, were a fraternity whose motto was 'Do as you please', and that invitation still stands over the ruined doorway of the abbey."

The motto over the doorway of Sir Francis Dashwood's famous Hellfire Club, officially 'Order of the Friars of St. Francis of Wycombe', to get more enjoyment from blasphemy and debauchery, was actually in French and more accurately translated as 'Do what you will'. As he looked more into the subject he realised that the quotation had come from Rabelais' Gargantua as the rule - the only rule - of his imagined Utopian abbey of Theleme. This led Ashe to wonder: was there such a thing as a spelled-out anti-moral tradition?

Such things were topical at the time, "because of what many regarded as a wave of moral anarchy unleashed by the 'hippie' activities of the sixties." They seemed in the main to be cheerful and creative, but the dream of the sixties ended in 1969 with the nightmare of the evil and perverted murders committed by the 'Family' of Charles Manson. 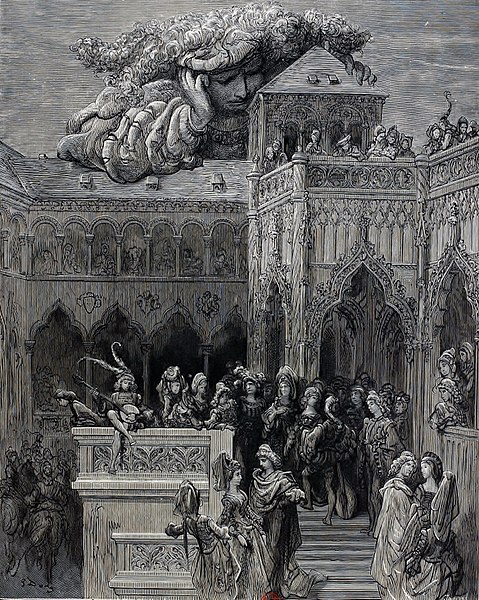 This led to a most important question: is freedom unlimited in principle? Ashe puts it like this: "It is tempting to suppose that uninhibited 'doing what you will', without restraints from religion or conventional ethics, is a way to freedom; that libertinism, to use an old-fashioned word, means Liberty. But is that actually so? What has happened when people have tried it, in reality or fiction?"

Still in his 2019 edition Preface, he relates how, after Rabelais himself, John Dee was his first encounter with the principle of  'do what you will'. When I saw Dee's name on the cover it immediately seemed incongruous, as anyone who has studied Dee's life and work would know that his character was the exact opposite of a libertine. Ashe's comments are, of course, focused on the famous 'wife-swapping' incident in Bohemia when Dee and Edward Kelley swapped wives one night, at least, in obedience to a perceived command from an angel appearing to them as a young girl named Madimi. Her recorded words were: "Behold you are become free. Do that which pleases you. Do even as you list."

John Dee himself was at first incredulous and unwilling, and his wife even more so, but eventually with more apparent persuasion and exhortation from the 'angel' (or, possibly, Kelley's manipulation) the transaction was accomplished. He recorded the incident in his diary for 22 May 1587, but it remained a secret until after his death. Dee and Kelley permanently parted company soon after the event, so there is no indication at all of any continuation of the arrangement in any form. In the main text Ashe spends a few pages on a concise, fair biography of John Dee in which he says "he had nothing malign about him". So, apart from that one incident, it is a stretch to include him in the company of libertines, but at least we can see his honesty, and possibly a touch of naivety, in this example.

A far better example of a libertine, or anti-moralist as Ashe might say, is Aleister Crowley. Interestingly, he claimed to be the reincarnation of Edward Kelley, which seems quite feasible considering both mens' reputations for deviousness. I am surprised Ashe did not put the name of Aleister Crowley on this book's cover instead of John Dee. It would be more appropriate for the subject, and indeed Ashe does devote several pages to Crowley in the main text. One immediately thinks of him for his 'Law of Thelema', 'Do what thou wilt', taken straight from Rabelais, and his Abbey of Thelema, a magical free-love community he set up in Sicily in 1920.

There is a long chapter on the Marquis de Sade, the ultimate libertine, horribly fascinating yet extremely psychopathic. Ashe summarises de Sade's attitude to life as: "Pleasure - your own - is the sole object worth pursuing. This should be done in a scientific spirit, with no restraints whatsoever. The only authentic pleasure is sexual. Other kinds are feeble and limited and should never be allowed to compete. Perversion, so-called, is a higher pleasure than normal intercourse, which has distracting associations of love and parenthood."

The extension of this totally loveless and selfish view of sexual pleasure is that excitement is gained from cruelty, even violence, torture and murder that feature so much in de Sade's writings. Ashe describes this evil as "the secret of the supreme thrill" and the "royal road to an anti-moral superhumanity." Is it mental sickness, or individual freedom? Ashe makes the point that de Sade's "chief works were sinister as no Hell-Fire club was". Exactly, consenting adults can have as much fun as they like, and it's fun to be naughty, but the game of life has a major rule: not to harm another deliberately. There are serious consequences.

The other two names appearing on the book's cover are Anton LaVey and Timothy Leary, again very different kettles of fish, but both are linked by being part of the sixties counter-culture of San Francisco. It is enough to say that LaVey founded the Church of Satan and was another, like Crowley, acclaimed as 'the evilest man in the world'. Leary proclaimed 'turn on, tune in, drop out', and advocated the use of LSD and free love, which was wonderful at the time. I remember some of it.

It reveals Ashe's evolution of thinking, and changing attitudes in the world, to compare the different titles of the four editions. The first, in 1974, was Do What You Will: A History of Anti-morality, the second, in 2000, was The Hell-Fire Clubs: A History of Anti-morality, and the third, in 2005, was The Hell-Fire Clubs: Sex, Rakes and Libertines.

There is also some amusement to be had from a one-star review on Amazon from a disgruntled customer who complains: "I bought the same book three times due to the change of cover and book title". Well that's life and that's publishing. When you've lived as long as Geoffrey Ashe, and are still writing in your mid-nineties, you're entitled to a few revisions over the years. I recommend this book, but make sure you get the 2019 fourth edition with his updated comments. It is a hell of a good read, it will fire up your imagination, and along the way it brings wisdom from a man who has seen a lot of life. -- Kevin Murphy