Timothy Green Beckley and Sean Casteel (Eds.) Timothy Green Beckley’s AREA 51: Warning Keep Out! Inner Light/Global Communications, 2019.
Timothy Green Beckley and Sean Casteel (Eds.) Alien Strongholds on Earth. Inner Light/Global Communications, 2019.
It is only in the past few years that the US Government has admitted the existence of Area 51, yet it has always been a magnet for those who believe the US Government knows a lot more about UFOs than it is prepared to admit.
🔻
The power of Area 51 was underlined in 2019 when a silly Facebook posting suggesting a mass storming of the base went viral. What better time for Timothy Beckley to reveal ‘all you ever wanted to know about Area 51, back-engineered UFO technology, teleportation and ice-entombed aliens but were too scared shitless to ask anyone in authority about.’ 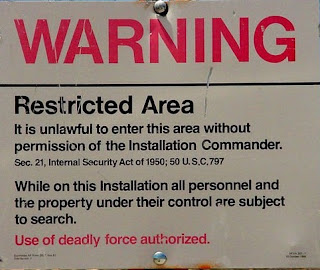 Timothy takes us down the ‘Extraterrestrial’ Highway 375 to the Little A’Le’Inn and then to the notorious black mailbox where back in the good old days you could watch UFOs flitting about in the night sky. As part of the attraction are the warning signs threatening any trespassers that approach the vast Nevada Test and Training Area and the heavy-handed and armed to the teeth security guards (the so-called ‘came dudes’). As Alejandro Rojas states in his chapter about visiting the area, you can get a $600 fine for going beyond the signs and there is the dark threat of being shot if you carry on.
Dark rumours have always surrounded the site but the claim by Bob Lazar in 1989, that he worked at Area 51 in an underground base called S-4, where numerous captured extraterrestrial flying saucers were stored and studied, really opened the floodgates for ET fans.
Several of the chapters detail the claims of usually anonymous sources and whistleblowers that there is a military/UFO connection. William F. Hamilton III in his contribution to this volume ‘UFOs and the Aerospace Connection’ states that these leaks ‘indicate that we have effectively acquired and/or duplicated the alien technology either through retrieval and study or by exchange with alien ambassadors.’
‘Commander X’ (as conveyed to Tim Swartz), is equally uncertain about whether the stories about saucers at Area 51 are true or not, ‘the whole UFOs are alien driven spacecraft could just be a huge hoax to disguise the fact that we are flying some sophisticated aircraft using technology that is years ahead of what is known by civilians.’ The fakes, rumours and wild tales all help to hide the ‘real’ truth, and perhaps Nick Redfern is right in his assertion that Russian espionage agents were embedded in Las Vegas to enlist unwitting UFO researchers to help them in their mission to spy on Area 51.
Other rumoured alien bases at Dulce, New Mexico, RAF Rudloe Manor, UK, Russia’s Area 51 at Kapusrin Yar, US bases in Puerto Rico and Pine Gap, Australia, are given their own chapters. Plus we get the story of a UFO shot down by Brookhaven National Laboratory as promoted by John Ford the director of the Long Island UFO Network. His belief that the aliens from the crashed saucer were being held at the Brookhaven establishment led him to plan the murder of local officials. On his arrest he was given psychiatric tests that concluded he was delusional and was sent to a psychiatric institution. Equally flimsy stories of crashed saucers are taken from the writings of Leonard Stringfield that involve anonymous military personnel who after getting a sneak peek at the alien pilots are threatened and harassed to keep their mouths shut or else!
The final chapter by Skylaire Alfvegren ‘Snooping Around Area 51’ tells of seeing flashing and pulsating ‘plasma craft’ at the site of Steve Medlin’s black mailbox (painted white in 1996 she tells us) and oher stay at the Little A’Le’ Inn. On celebrating 50 years of Area 51 she found two separate factions celebrating its birthday, one that saw it as a beacon of old-fashioned American innovation and know-how, the other speculating that little grey aliens are only a saucer ride away in the hidden depths of Nevada.
‘Alien Strongholds on Earth’ provides a useful supplement to ‘Area 51: Warning Keep Off!’. Divided into seven sections it covers such topics as alien bases and hotspots in remote desert and mountain regions, under sacred sites in Mexico, under the sea and underground.

The chapter by Timothy Beckley ‘Mind Control, Reptilians and the Superstition Mountains’ tells how the search for hidden Spanish treasure (protected by the Indians) has led to murder, strange deaths and encounters with reptilian aliens. He tells of a female who went hiking in the area when she was confronted by a frightening humanoid with a reptile face. After blacking out she woke to find herself driving home in her car. You guessed it, under hypnotic regression she remembers being tied down to a table in a strange cavern surrounded by reptilian creatures, where she thinks she was raped.
Another story tells of a UFO base under the mountain, seen by three men, two of whom went insane afterwards and Brian Scott who said they saw humanoid aliens who had crocodile-like skin and smelt like dirty socks. He had further encounters with them and (yes!) under hypnotic regression recalled being examined by a strange machine. Since then he thinks his brain works much quicker and he lapses into trances when an entity called ‘Asta’ speaks through him to provide highly advanced technical data. As Timothy concludes ‘UFO bases are highly unpredictable. Keep a safe distance!
With both books you need a good pinch (shovel) of salt when reading some of these wide-eyed accounts of reverse technology and aliens amongst us - the shameless UMMO hoax is extolled in ‘Alien Strongholds’ followed by a chapter on very tall humanoids, called the W-56s who took up residence in Pascara, Italy. They needed love energy to fuel the instruments in their underground base, but the lack of love and harmony meant their project on Earth failed. But do watch out some of them are still around (hmmm John Rimmer is rather tall!).
As UFO folklore these books make great bedtime reading, but stay away from that beam of light shining through the window, it’s probably just a reverse-engineered UFO straight out of a local underground base or the incarnation of a web of rumours firing your conspiracy neurons. -- Nigel Watson

dOCTOR WARNED ME ABOUT USING TO MUCH SALT -- ENDED UP IN THE HOSPITAL RECENTLY BECAUSE OF BREATHING DUE TO HIGH SODIUM CONTENT. SO WILL LEAVE IT ON THE TABLE.