This is the first ever biography of Marjorie Cameron who as an artist, occasional actress and supposed witch circulated in the American Underground art world and film scene from the 1940s-60s. Whilst never being as narcissistic, as say anyone living in Andy Warhol's factory, her self-effacement and mysterious reticence didn't prevent her from being noticed. Cameron was a distinctly odd woman attracted to magic pursuits and all those round her instantly picked that up.
🔻Margaret Cameron was born in 1922 in Iowa. She discovered early on that she'd a gift for art. She also had a teenage love of movies and is reported to have said. "Joan Crawford taught us how to walk into a room and Bette Davis showed us how to cry." (Marjorie's brief film appearances certainly draw upon Crawford's sharp demands more than the legendary Davis attack.)

During WW2 she served in the women's navy and worked as an aide to the Joint Chiefs of Staff. Afterwards she met and married Jack Parsons. He was an innovative rocket scientist and in his leisure time Master of the Agape Lodge. This occult order was lead by Aleister Crowley (with L. Ron Hubbard hovering in the background.) When her husband died from a chemical explosion Cameron was free to develop her many spiritual quests, creative directions and acting.

Marjorie Cameron was very photogenic. However her looks were not the kind of looks compatible with Hollywood. Cameron was a bit kooky and strange. It was the underground filmmakers who cherished exploring her face. It must have been the inherent glamour of a potential witch, more than any witch-like persona, a la Crawford, that got her film roles.

It's sad that so little of her most important art work survives. She had a considerable skill for drawing occult personages and designs. I feel her sense of line was indebted to Aubrey Beardsley - not as radical as him but very confident and intense. Since her death there have been a number of exhibitions of Cameron's work. Yet unfortunately many of her best drawings and pictures are now only preserved in Curtis Harrington's short film, The Wormwood Star. Shortly after filming a fire in her home destroyed much of her output. 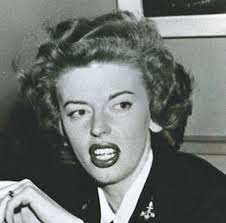 Spencer Kansa does some kind of justice to this minor cultural figure. You sense Cameron had major potential beginning to surface in her acting and art. This book is as good as it gets...so far. I felt this would have been a fuller biography if Kansa had been able to draw upon Cameron's own autobiographical writings - I think he was prevented from doing so. Too often Kansa quotes from friends and colleagues who fell under the spell of her mysterious personality, yet they provide negligible insight into her life.

You sense that Cameron had an intensely strong, but firmly guarded, inner life and Margaret didn't wish to be known, pinned down and analysed. However when your subject is so secretive and enigmatic it's justified to allow a biographer to reasonably speculate on character. Unfortunately Kansa does nothing to open up the odd case of Margaret Cameron.

My suggestion, before reading this book, would be to seek out images of Cameron's work online; watch her performances in Harrington's two films, The Wormwood Star (1956) and Night Tide (1961) and above all experience Kenneth Anger's brilliant, occult movie, Inauguration of the Pleasure Dome (1954.) In the latter Cameron is used to mesmeric effect: Margaret's jerking head, facial makeup and clawing fingers, aided by Anger's ritualistic camerawork, act as a charm in what is for me cinema's most expressive realisation of a magic ceremony.

You will find all the film material on YouTube. If that fascinates then you should critically read The Wormwood Star, bringing to it your own attempt at psychologising the complex Margaret. Spencer Kansa's book is enjoyably racy, respectably serious, packed with bizarre incidents and entertaining enough yet it fails to make Cameron, as a natural or supernatural being, come alive. However maybe 'the witch' was always going to be too elusive to allow any of the mere mortal, and often macho, guys, that she hung out with, the power to do that?