Roswell: The First Witness’ A six-part series starting on Sky History on Tuesday 9th February at 9pm. All episodes will be available on the Sky History app.
Throughout February the Sky History channel in the UK is running a ‘Mystery Season.’ This includes series on ‘Hunting Hitler: The Final Chapter,’ ‘World’s Greatest Treasure Mysteries,’ ‘Strangest Things,’ ‘The Best of Monster Quest’ and ‘ ‘Roswell: The First Witness.’
🔻
The Roswell series has some promise as it is fronted by Ben Smith a former CIA operative and science fiction writer. Perhaps he might reveal more than the usual celebrity tourists who go on the Roswell/Area 51 merry-go-round?
The series does cover a lot of (debris scattered) old ground and clips of Roswell ‘witnesses’ to give background to the story but has a few new twists and turns that make it worth a watch. The first witness of the title is Major Jesse Marcel of the 509th Bomb Group Intelligence Office who collected the fragments of wreckage, and felt he was used to help cover-up the secret of what landed there that fateful day in 1947. His grandchildren have discovered a journal written by Marcel during that period and they think it offers clues to what actually happened there.
The main flaw is that the journal is just a collection of quotations and mental doodling; it does not explicitly record such entries as ‘picked up flying disc fragments today’ or ‘I am convinced this is alien technology and not a weather balloon’ or the like. Ben Smith says such a journal could easily have deeper meanings and is possibly encrypted in this strange style to hide in plain sight what happened at Roswell. It does show that at the time of the Roswell incident the style and content of the journal changed, indicating that Marcel was mentally stressed. What caused this stress we can only speculate about.
Ben seeks more solid evidence at the site of the ‘crash’ with the aid of the latest technology and the help of aviation crash investigator David Soucie. More work needs to be conducted to follow-up on what they did find, but unfortunately there are no immediate plans to do this. Apparently, the original debris that was collected by Marcel ended up at Wright Paterson and probably got destroyed in a warehouse fire in the 1950s.
There is no doubt there was some form of government cover-up but it is hard to determine the motive or motives behind them. The Roswell Army Air Base quickly and enthusiastically claimed to have captured a flying disc, and as quickly retracted those claims with the weather balloon explanation. After the world-wide media interest this put the lid on the subject until Jesse Marcel finally claimed it was something more than a balloon in 1978.
Ben admits there are discrepancies in some of the witness accounts and that over-time the Roswell myth has made it very difficult to get to the truth. As Ben told me:
‘One worry is when asked if they actually saw something people would say “no, but I read it in this book that came out in 1986” so books have influenced witnesses. Is this life imitating art or art imitating life?’ 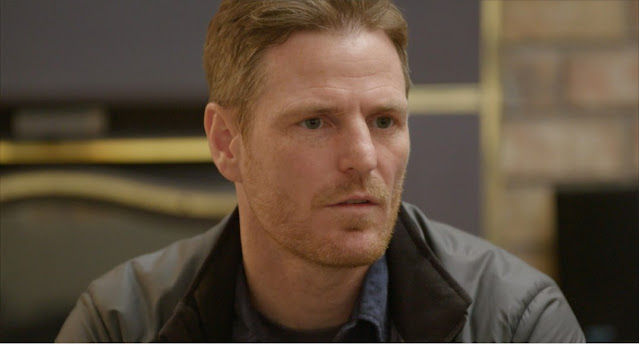 Ben [above] is not impressed by stories of a second site where a saucer and alien bodies were allegedly found but is convinced that Marcel was telling the truth as he knew it, and others have corroborated his story. This is a brave attempt at getting to grips with the Roswell mystery in terms of ‘hard evidence’ but there is no mention of the Alien Autopsy films or the Roswell slide debacle to show how people quickly want to believe anything related to Roswell and alien visitors. (Indeed, it is worrying that one person who shows Ben the Roswell site was involved with the Roswell slide farce. Pity some ufologists can’t be struck-off like doctors!)
At one end of the spectrum of conspiracy theorists the recovered Roswell aliens were all sent to Area 51 and their saucer wreckage was reverse-engineered. At the slightly less gullible position the ‘crashed’ saucer (Marcel claimed the wreckage looked as if it dropped from the sky rather than crashed) was the remains of a US or USSR secret aircraft piloted by disabled children or genetically altered people. The more sceptical view is that the ‘flying saucer’ was a V2 rocket experiment, weather balloon, Japanese Fugo balloon, a prototype Flying Flapjack or Flying Wing aircraft or a stray atomic bomb. This leaves us with two other diametrically opposite options, that it was the debris of a secret Project Mogul high-altitude balloon that was deployed to listen out for Soviet atomic bomb testing or a genuine flying saucer from outer space. Take your pick!
In future, I would like to see a Roswell documentary that looks at the various good and bad theories, the examination of Roswell as the centre for many projects and experiments in the 1940s, the possibility of counter-intelligence operations, the variety of eyewitness testimonies, rumours and how all these factors have influenced and interacted with popular culture in general.