Neil Nixon. UFOs, Aliens and the Battle for the Truth: A Short History of Ufology, Oldcastle Books, 2021.
A really short history of UFOs would be: ‘What’s that?’ ‘Dunno.’ The End. The battle for the truth about these pesky manifestations is of course a lot more complicated, and Neil Nixon provides a very useful guide to UFO history, classic cases and the multitude of theories to explain them.
🔻
He begins with looking at ancient alien theories, and notes the prevalence of UFO-type events before Kenneth Arnold spotted ‘flying saucers’ in 1947. Neil acknowledges that earlier sightings of weird stuff in or from the the sky were misidentifications or outright hoaxes.
The most outstanding mystery pre-1947 is the Tunguska explosion over Siberia on 30 June 1908, and controversy still rages over whether it was an exploding nuclear-powered spaceship or a more scientifically acceptable visitation of an asteroid, comet or meteor.
As Nixon notes, amateur UFO groups and ufologists assume there is a ‘phenomenon’ to be identified and studied. In most cases they are looking for an extraterrestrial origin for this phenomenon, causing UFO reports to be ‘appropriated and hijacked by people with their own agendas’ as he puts it. As a consequence he adds that ‘ UFO cases of genuine substance are tainted by the shenanigans surrounding the investigations.’
He regrets that research has thereby been scattered and unsystematic, yet concedes there has been good academic research in the fields of psychology, tectonics and sociology but it is mainly ignored, rejected or misunderstood by ufology.
Looking at the evidence for alien visitors in the form of photographs, implants, ground traces and radar tracking promoted by ufologists he is of the view that they fail to provide hard, objective scientific facts. 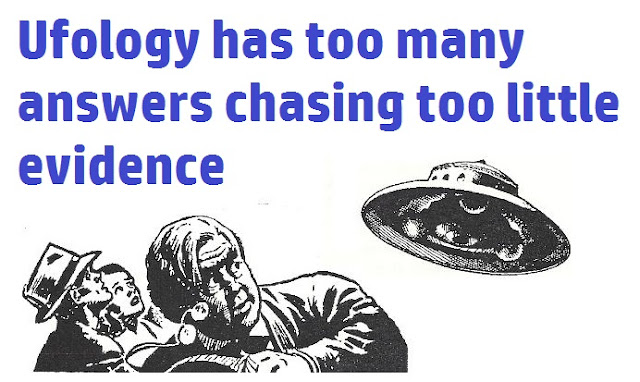 He is scathing of Roswell because the inconsistencies, lies and rumours that have grown over the years have made it so contaminated that truth and fiction have merged into one. He does note there are some classic visual/radar cases that occurred at RAF Bentwaters in 1956, and a similar instance involving Iranian Air Force fighter jets in 1976. The disappearance of Frederick Valentich flying his Cessna 182 to King Island, Australia in 1978, and the mystery lights over Hessdalen are also considered.
It is refreshing that he looks at the different explanations for these classic cases and he notes the role of witnesses and their interaction with wider society, which reveals more about the working of our own minds, rather than evidence for ET.
As he observes: ‘In every generation we appear to have some kind of archetypal story of encountering other realms and realities.’ Belief in aliens, cosmic invaders, crash retrievals and government cover-ups are according to Neil fuelled by market forces that provide a constant flow of UFO infotainment that features little critical thinking or solid evidence. In this manner UFO beliefs function much like a religion.
Pointing to the work in the areas of earthlights, electromagnetic hypersensitivity, fantasy prone personality types and SETI Nixon indicates that Ufology can open up new avenues of investigation. Yet, it is a frustrating subject that as he observes has ‘too many answers chasing too little evidence.’
This is a good critical introduction to the subject, although sadly and inexcusably there is not one mention of Magonia magazine or this website (or any of my books!). In mitigation there is a great section on his dramatic encounter with Men In Black. -- Nigel Watson.