The books of Charles Fort had been taunting me for a while, as they sat on the shelves of Wilshaw’s in John Dalton Street, Manchester, then the town’s leading bookshop. I wanted them but their cost was enormous. £3.00 or 60 shillings. That was a time when my weekly pocket money was five shillings (25p). Finally with some money I had been given for my thirteenth birthday, I went ahead and bought the volume, which, with its indexes is over 1,000 pages long.

I think I consumed it in a night and day, or that is how I remember it. It was a wild ride with a crazy man doing the driving. Fort at times looked brilliant to a thirteen year old, and at other times, just plain nuts. Of course the collected Books of Charles Fort is not really a set of volumes for reading right through, it is more something to be dipped into for the fragmentary stories of things falling from the sky, strange lights in the sky, mysterious appearances and disappearances, animals the like of which no sane person has ever seen, poltergeists and teleportations. Many of these read like the opening lines of novels, stories that no-one has ever told. 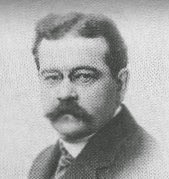 Of course to get at these you have to plough through Fort’s unique, 1920s style experimental writing technique; one which, had he actually settled down to write the really great novel, could have made him America’s answer to James Joyce. I imagine, however, that Fort had come to the conclusion that reality was just so damned weird that nothing you could make up would come close.

Fort’s semi-anarchic world view was the sort of thing that was quite attractive to a teenage boy, after all he was getting at all those authority figures, and, Tiffany Thayer assured us, he didn’t really believe the crazy things he was coming out with, it was all a satire on science.

Looking back as an adult, and now having the insights that his biographers Damon Knight and Jim Steinmeyer have provided, I am not so sure. The sort of small-womb cosmos that Fort half believed in is typical of many cranks, and it seems the sort of thing that the motherless, abused boy might crave, in much the same way that his more than semi-mysterious wife seems to have been more of a mother figure than a lover. I have suspected that Fort’s legendary reclusiveness may have been more to protect her than himself, as he seemed to have led a fairly active life until their marriage.

If you want to read Fort for the first time in one of the many single volume paperbacks, I would recommend Lo! as by far the best, with Book of Damned as second, half of New Lands is taken up with a rather embarrassing tirade against astronomers and by the time he was writing Wild Talents his last illness was clearly taking its toll.

Lo! has a special place for Magonians because it is the source of the tales of the wild years of 1904/05, interest in which became the catalyst that brought myself, John Rimmer and Roger Sandell together. -- Peter Rogerson.