BELIEF AND BELIEVING IN ET

David A. Weintraub. Religions and Extraterrestrial Life: How Will We Deal With It? Springer, 2014


Although the title suggests that this book is solely concerned with religious attitudes to the possibility of extraterrestrial life, it also gives a detailed survey of the methods used by astronomers to attempt to discover extrasolar planets and to identify any that might be capable of supporting life.
🔻
Weintraub begins by giving an account of the history of thinking about the possibilty of other worlds, which began, in the west, "with the birth of rational science in the form of metaphysics and philosophy", in the sixth century BCE, when Aristotle summed up the results of several centuries of Greek philosophy and concluded that we are alone in the universe. This conclusion was based on the belief that Earth was composed of four elements -- earth, water, air and fire. Beyond Earth's atmosphere the universe was made entirely of a fifth element, aether. According to Aristotle aether is perfect, eternal, unchangeable and immutable, thus making it impossible for life to develop. 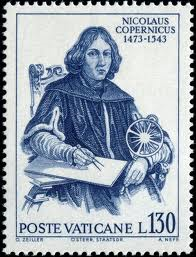 Not everyone agreed with him of course, but his belief that Earth was the centre of the universe and the only abode of life remained highly influential until the work of Nicolaus Copernicus (1473-1543) supporting, with astronomical observations and mathematical calculations, the idea that the Earth orbits the Sun. His calculations enabled astronomers to predict future celestial events, and enabled Jesuit astronomers to reform the Julian calendar, this being adopted by Pope Gregory XIII in 1582, thus becoming known as the Gregorian calendar, which is still in use today.

As scientific observations, theory and speculation gradually started to replace theological arguments in thinking about extraterrestrial life, it was eventually realised that it was extremely unlikely that intelligent beings could exist elsewhere in the solar sytem. The next stage in the search for alien life was thus based on the search for extrasolar planets, which gradually became more practicable with the development of the necessary technology.

We are given an interesting account of the discovery of these planets, beginning with the first, inevitably unsuccessful, attempts. In 1963 astronomer Peter van de Kamp claimed to have discovered a planet 1.5 times the mass of Jupiter orbiting one of the nearest stars, known as Barnard's Star. Other astronomers failed to cofirm this. However, in 1995, astronomers Michel Mayor and Didier Queloz, of the Geneva Observatory in Switzerland, announced that they had found a Jupiter-mass planet orbiting the star 51 Pegasi. This time their discovery was confirmed by other astronomers, and about 50 exoplanets had been discovered by 2000. In December 2013 the number had reached 1,056 exoplanets in 802 planetary systems.

These results and other work, such as studies of the composition of meteorites, suggest that there must be many planets where life as we know it here on Earth would be possible.

Part II of this book is devoted to discussion of religious beliefs about extraterrestrial life, by which is usually meant intelligent life. It will probably become obvious to most readers that this subject, in most religions, is of concern mainly to a minority of theologians, and that most of them obviously cannot think of anything interesting to say about it.

Weintraub starts with Judaism. There is very little in Jewish scripture that might be interpreted to refer to the possibility of extraterrestrial life. He notes, however, that Rabbi Hasdai Crescas (1340-1410), in his philosophical work Light of the Lord, writes that space is infinite, and thus contains a potentially infinite number of worlds, and there is nothing in physics, nor in scriptural or Talmudic writings that can deny the existence of extraterrestrial life. The general consensus of Jewish thinkers is that the God of Judaism is universal, but Judaism is only for humans on Earth.

The discusion on Christianity is mainly concerned with Roman Catholicism, before going on to describe the thinking of other Christian sects. Most of the arguments about the possibility of intelligent life on other worlds are concerned with the question of whether Jesus died only to redeem Earth people from the guilt of original sin. This posed the problems of trying to imagine alternative means by which intelligent beings elsewhere in the universe could attain salvation. Of course, an easy way out would be to assume that no such beings exist. Weintraub remarks: "A few modern thinkers have tried to address this issue, though most of them have devoted very little thought to solving the theological problems".

Protestant Christians generally accept the possibility of extraterrestrials, but think it unlikely that they would have a similar religion. The more fundamentalist varieties of Christianity base their ideas of interpreting the Bible on it being literally true and unfailingly accurate. They thus believe that there is no extraterrestrial life.

Islamic scholars have noted that the Qu'ran states that the Earth is not the only world that God has created. For example, verse 42:29 states: "And among His signs is the creation of the heavens and the earth, and the living creatures that He has scattered among them: and He has power to gather them together when He wills". So Islam generally accepts the idea of extraterrestrial life but, like most other religions, cannot agree on what forms religions might take on other worlds.

Hinduism and Buddhism deal with ideas and beliefs very different from those of most westerners. For example, in Hinduism the amount of good or bad karma generated during one's life can determine how one will be reborn. Thus one need not necessarily be reborn on Earth.

Probably most people who read this book will believe that the question of extraterrestrial life is a scientific one rather than a subject for theological speculation. However, Weintraub concludes that most religions would not be adversely affected by contact with alien intelligent beings, and suggests that we can learn a lesson by thinking how we would interact with them and "learn to live more more peaceably with 'terrestrial intelligences' with which we are well acquainted and whose religious beliefs and practices differ from our own". -- John Harney