FROM COMICS TO THE COSMOS

Who would rank among the Fortean’s Forteans? What sort of person would not only write books about Ancient Astronaut Theories and articles about UFOs but also pen such tales that made a fan of HP Lovecraft, and would shape the history of such seminal comic book heroes as Superman? Were this not enough, this person has written about space travel on behalf of NASA and became a member of NICAP. Why, Otto Binder, of course!

🔻
He is one of the icons of the Golden Age of Comics and one of the true pioneers of comic book writing, ploughing a furrow that would eventually guide the likes of Alan Moore and Grant Morrison.
Bill Schelly has proven himself to be somewhat of a superfan, even writing on the subject of comics whilst at college, then parlaying such writings into acclaimed books after he finished his higher education. He extended his attentions to the silent screen by writing a lauded volume about the comedian Harry Langdon and accompanied this by lecturing at the University of Washington about early film. After this departure from his usual area of attention, he returned to the universe of comics. He interviewed and researched avidly and produced The Golden Age of Comic Fandom. He had to self-publish a thousand copies at first, then it went on to be lauded and was published in far greater numbers. After this, one of the figures he wrote about included Otto Binder. 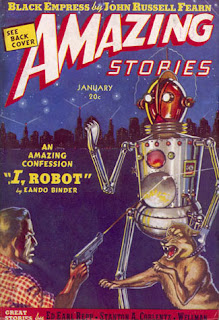 Binder (pronounced to rhyme with ‘bin’ as opposed to, say ‘ring binder’) was initially one of a two-man team of writers. The other included his brother, Earl. When they wrote together their joint nom de plume was Eando (E and O) Binder (it was Eando who captured Lovecraft’s attention). This was how they started out, by bouncing ideas back and forth in order to generate stories. Although this arrangement was fairly flexible as Earl had to take on other work in order to keep his young family, some of their most recognisable work was generated in this fashion. It was Otto, however, who made comic writing his field. As a result, he wrote some of the most acclaimed Superman stories, Captain Marvel and the accompanying Marvel “family” he made his own and the series of stories that started out with the first that endowed artificial intelligence with emotions, I, Robot.

Later on, he helped to start and he became editor-in-chief of Space World magazine, which was a serious periodical concerning the nascent era of space exploration that was the most noticeable sign of the times. From material that passed through his hands whilst editing, Otto could not help but become fascinated by UFO cases. He believed in aliens, and that humankind was a chimera, genetic material from Earth that was crossed with something extraterrestrial. From this position, books were written concerning UFOs, conflating them with the ships of interplanetary aliens, and how they were interacting with us. This, then, was the direction Otto Binder took.

This book has been exhaustively researched by the epitome of fandom that is Bill Schelly. He had access to figures involved in the specialised world of American comics during its most trumpeted period, and he interviewed them before many of them passed away. The impact of gaining access to relevant private correspondence is plain to see. The reader is submerged into what feels like the minutiae of the everyday life that Otto lived. Influences that worked upon him and his brother can be almost felt as the narrative unfolds. The atmosphere of those days can be experienced as if it is still going on, such is the sheer density of the research done.

It would be highly surprising if there was a more detailed and exhaustive book about Otto Binder, his career and life, out there in the marketplace. Although this book was originally published in 2003, the copy reviewed here is a reissue from 2016. The detail is so dense that it is advisable that the reader is someone who has either a deep interest in Otto Binder or an abiding fascination with the comics of the era. The bibliography is substantial and the notes and index are detailed. Therefore, this is really for the dedicated enthusiast of Otto Binder, his life and his times. -- Trevor Pyne.