Kevin D. Randle. Encounter in the Desert; The Case for Alien Contact at Socorro. New Page, 2017.


Let’s get one thing straight from the start. Despite the sub-title this book does not make ‘the case for alien contact at Socorro’, but I do not think that Kevin Randle really expected it to. Randle is an interesting and pleasantly undogmatic character amongst American UFO researchers. Although he believes that extraterrestrial contact is a likely explanation for some UFO reports – notably Roswell and Shag Harbour – he finds most of the alleged evidence unconvincing, especially for close encounter and abduction reports.
🔻 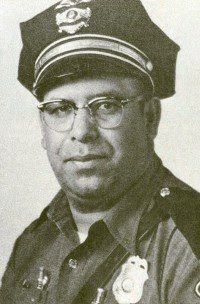 In this book he examines the investigation of the Socorro case, a reported landing of a structured craft near the New Mexico town of that name on April 24th, 1964. This was a sighting of just a few moments, reported by Lonnie Zamora [right], an officer of the town’s small police force. While chasing a speeding driver he was diverted by the sound of an explosion, which he thought may have been at a dynamite store in the neighbourhood. As he drove over the crest of a hill to investigate he saw ahead of him an oval object, settled on legs, and attended by two ‘normal looking’ but quite small humanoid figures.

He lost sight of the object for a moment, his view obscured by another hill. When he saw it again the figures appeared to enter the object, which then took off with a blast of flame and a roaring noise, and rapidly disappeared into the distance. In the few moments that he saw it Zamora noted some sort of symbol on the side of the object. The nature of this became a source of controversy in the subsequent investigations.

Zamora radioed the Socorro police headquarters and a fellow officer, Sam Chavez, rushed to the scene. Chavez arrived too late to see the object, but was able to confirm the ‘physical evidence’ found there, comprising small areas where the objects supposed ‘legs’ had compressed the earth, and some smouldering vegetation where Zamora had seen flames when the object took off. Later other officers arrived and photographs of the site were taken.

By any standards this is a ‘good’ UFO report. The witness was a well-regarded police officer, the physical evidence was examined by a second officer and photographed before it could be interfered with by subsequent investigators. The incident itself was, compared to many other UFO reports, quite low-key with no complexities: a physical craft was seen on the ground, two humanoids were seen, it took off. The End.

But of course that was not the end. The one thing that stopped this case from being an even better case was the lack of any corroborating witness to Zamora’s initial report. However as news of the report spread investigators turned up one or two rather speculative potential witnesses, and others came forward.

Opal Grinder – that’s his name rather than his occupation – was the manager of a petrol station on the main north-south highway through Socorro. He reported that on the evening of April 24th a car with five people stopped at his station and while he was serving them the driver commented “your aircraft sure fly low around here”, explaining to Grinder that they had earlier been ‘buzzed’ by a low-flying craft which he described as being egg-shaped, with “smooth aluminum sides” and about the size of a large car. It’s notable that Zamora at first thought the object he had seen might have been a crashed vehicle.

The problem with this report is that it did not come to light until Grinder read the account of Zamora’s experience published in the local paper some days later, and the car and alleged witnesses proved to be untraceable. Subsequently other claims of additional witnesses were presented by investigators, but none of these were ever adequately followed up and remain just vague rumours.

By now other people were getting involved. Richard Holder, an army captain from the nearby (in New Mexico terms) White Sands Missile Range, and an FBI agent Robert Byres turned up within a day, although it is not clear exactly how they were informed of the incident. Soon the UFO organisations, in the form of the Lorenzens for APRO and Ray Stanford for NICAP arrived in town, later Project Bluebook arrived in the person of J. Allen Hynek, at that time still in his official ‘skepical’ persona.

The investigation storyline now starts to become very messy. Initially anxious to co-operate in the investigation, Zamora was soon beginning to regret even reporting the incident as the UFO circus unfolded around him. Pretty soon allegations of hoax were being thrown around, at Zamora, at the mayor of Socorro, and at students from a nearby technical college who had been involved in studenty conflicts with Zamora in the past. None of these seems to Randle to be in the least bit plausible, nor, I must say, to me. Neither does the idea of a secret project from White Sands seem any more likely, although if you put me up against a wall that is probably what I would choose.

I feel that Randle wastes too much space outlining the background to the UFO scene from 1947 onwards, and he introduces too many cases which have little if any relevance to Socorro. For instance he presents lengthy descriptions of the Hopkinsville ‘goblins’ case and the Flatwoods Monster as examples of possibly psychologically induced encounters. I cannot see many lessons from either of them which are relevant to the incident under review, although the reports are in themselves well summarised.

He does however explain fully the confusion caused by the numerous investigators and organisations involved, sometimes contradicting each other, sometimes contradicting themselves. The insignia that Zamora saw on the object, and which he drew almost immediately afterwards would seem to be quite clear and his drawing is reproduced in this book, but at the time its exact design occasioned quite bitter controversy amongst investigators.

One by one, as we go through the book, the possible explanations are whittled down and Randle leads us - cautiously - to suggest a possible extraterrestrial solution. However he is too experienced and sophisticated a reporter and investigator to leave it at that. The Socorro case does seem to be a genuine mystery. It is impossible that after this time any new information will come to light which will allow it to be classified as anything but ‘unidentified – insufficient information’.

Randle's last words sum it up well: “We don’t know what it was, but we know what it wasn’t. And though that does not take us immediately to the extraterrestrial, it gets us very close to it. This is one of the defining cases of UFO history and it deserved better than it got. It is the very definition of Unidentified’.” – John Rimmer.