This is a thought-provoking collection of data. Most people have heard of fairies, but few realise quite how much they have infiltrated our folklore; and even more surprisingly, how many modern sighting reports are still being recorded.
🔻
This series of essays by people who have special knowledge of different aspects of fairy lore in Britain aims to cover the past 1,500 years, but even this tightly packed offering can barely scratch the surface. So it acts as a taster for the vast treasure trove of fairy lore.

The contents cannot easily be summarised, but there are chapters on Sussex, Worcestershire, Devon, Yorkshire (especially the Cottingley fairies), Dorset and Cumbria in the first section on English fairies; Celtic and Norse fairies in Ireland, Scotland, Orkney and Shetland, Wales, the Channel Islands, the Isle of Man and Cornwall feature in the second section; and there is a final section covering New England, Atlantic Canada, and Irish America, demonstrating how British fairy lore has spread overseas with emigrants.

The authors are all respected folklorists and so they write with authority, yet there is no aura of academic superiority, and the book is very readable. Elsewhere numerous attempts have been made to explain what fairy lore actually signifies, but I am not sure that anyone has truly managed to unravel all the strands that have combined under the heading of fairy lore. The fact that the nature of the lore varies from area to area demonstrates that there are many origins, with ‘fairies’ perhaps being a catch-all explanation for many different phenomena. It’s also clear that we cannot simply accept these very strange stories as representing any normal kind of reality (if there is such a thing anyway). 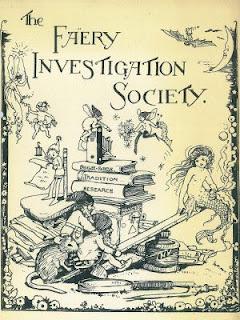 The first step in interpreting the ‘evidence’ must be to separate handed-down fairy lore from first-hand accounts of fairies being seen in recent times – as I myself tried to do in my own book published twenty years ago. Because of my own interest in contemporary encounters with fairies, the most exciting recent news has been the compilation of the Fairy Census of 21st century fairy sightings, most never before published, with many being included in this collection.

The first-hand sightings are perhaps the strangest of all, and they may tell us more about the human psyche than about an imagined race of ‘little people’ living secretly among us. Any serious researcher has to give the witness the benefit of the doubt, but I can’t help thinking, when I read of a fairy sighting, what would I have seen if I had been there? There is no certainty that multiple witnesses would all see the same thing, or even anything at all, and so a sighting report is nothing more than an individual’s interpretation of something that may or may not have had a physical reality, an interpretation that will inevitably be affected by their own belief system.

As, I hope, an unbiased researcher, I confess to being as puzzled today by reports of fairies as I ever was; no amount of reading and thinking has been able to bring me to a satisfactory conclusion as to what the stories and reports actually mean. This book may not help in finding answers, but it will certainly set the reader thinking!

Because this book is a serious attempt to demonstrate the wide-ranging nature of fairy lore, without any intention to ‘sex it up’, the cover illustration of a heavily made-up young woman seems to me to be inappropriate as it appears to have no connection to the book’s content, since this is not what fairies look like. But I suppose a ‘tiny man in brown’ or ‘small green figures’ would not be quite as eye-catching! – Janet Bord.