Extraterrestrials is a handy guide to the current status of SETI (Search for Extraterrestrial Intelligence) research. Wade looks at the history of our dreams and ideas about the existence of aliens, how SETI research began after World War II, the more recent discovery of extremophiles that exist in extreme environments on Earth (and possibly lurk elsewhere in our Solar System) and the increasing numbers of exoplanets being detected that might be the home to primitive life or even intelligent civilisations.
🔻
The problem with SETI is that beyond a few false alarms there is no sign of life out there. The famous Drake Equation used such factors as the number of stars and planets that might support life; the fraction of planets where life might emerge; those that might evolve into intelligent organisms and develop technology; and the length of time intelligent civilisations might exist, to calculate how many alien communicators might be out there.

Depending on how pessimistic or optimistic your parameters are, this equation estimates that there could be from 1,000 to 100,000,000 intelligent technological civilisations in our Milky Way galaxy. Yet, we get the ‘great silence’, leading to the formulation of the Fermi Paradox which begs the question ‘why are we alone?’ when statistically the galaxy should be teeming with life.

Keith Cooper’s The Contact Paradox sets out in further detail the reasons why we have not heard a peep from our galactic neighbours and like Wade notes the assumptions, methods and technology SETI researchers have used to find life out there.

Some think the great silence is due to the conditions on Earth being so rare that no other planet has been capable of sustaining life as we know it. Certainly, our Earth is in the habitable zone that is not to far or too close to our Sun thereby maintaining the right temperature to support liquid water and a suitable atmosphere for life, and we have a Moon which keeps the Earth’s rotation stable at 24 hours a day. Also, Earth’s plate tectonics activate a carbon-silicate cycle that regulates the amount of carbon dioxide in the atmosphere, which absorbs heat from the plant’s surface and keeps the atmosphere warm.

The 'Rare Earth' theory sinks the whole premise of SETI but it hardly seems credible that we are alone in such a vast Universe. One explanation for the lack of alien communications might be that they are deliberating avoiding us or they are so advanced or different from us that we are unable to detect them at our current level of understanding. Cooper notes ‘...the Universe is not obliged to deliver on what we hope or wish it to be. Our mainstream depictions of what we expect extraterrestrial intelligence to be like insidiously introduce bias right under our very noses.’ Like Wade, Cooper thinks we need to widen our anthropocentric assumptions to better define what we are looking for in the stars.

Both authors consider new ways of scientifically detecting ETs, and as Wade puts it we should look for ‘life as we do not know it.’ Yet, in relation to the knotty issue of flying saucers being ET visitors he states, ‘There isn’t a single example of a UFO or an alleged alien visitation or abduction for which an unbiased scientist would resort to an extraterrestrial explanation sooner than a terrestrial or psychological one.’ 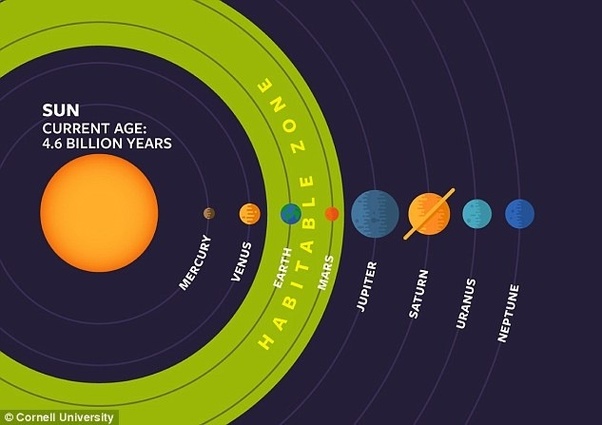 Dan D. Farcas, in contrast, is far more keen to embrace the notion that UFOs are of an extraterrestrial nature. Farcas notes the existence of the great silence and goes on to detail how the evolution of our planet over 4 billion years finally brought about intelligent life. He suggests that different civilisations could be either at the stage of evolving from primitive organisms or be millions of years in advance of us. This makes the likelihood of a civilisation being at the same stage as us very remote.

All civilisations face what has been termed ‘The Great Filter’ which includes the perils of warfare, pollution, over-population, ecological doom, pandemics (fingers crossed on that one at the moment) and anything else that could cause total extinction.

Having survived the great filter, Farcas suggests that civilisations would go on to explore and populate their own stellar system and eventually their home galaxy. In this manner over thousands or even billions of years, vast hyper-civilisations would be created using the manipulation of time and space using science and techniques unimaginable to us.

This brings Farcas to postulate that there are two extra-terrestrial hypotheses to explain the UFO phenomenon. There is the primitive hypothesis that imagines ETs to be intent on invading our planet as depicted in most science fiction movies, then there is the hyper-civilisation hypothesis that regards ETs as having a science, philosophy and technology that appears to us as magic. Furthermore, they have haunted us for centuries and are keeping an eye on us until we are morally worthy as a future hyper-civilisation.

Fracas is in favour of the latter theory and offers stories about UFOs, abductions, fairy tales, folklore, crop circles and includes Zecharia Sitchin’s claims that beings from beyond our planet created the human species 445,000 years ago. Into the mix he indicates that there is a link between religious and UFO phenomena and takes us to the realms of ESP, remote viewing, out of the body experiences, near death experiences, reincarnation, virtual worlds and psi to conclude that our world is far stranger than most of us imagine. Fracas thinks that ‘ Mankind seems to be supervised, from its beginnings, by a presence that uses countless disguises, appropriate to the place and epoch in which it appears.’

The hyper-civilisation hypothesis is a step further than the conventional ETH but it basically rebrands the ideas of the likes of John Keel who regarded aliens as ultra-terrestrials from another dimension. The problem is that by accepting the perception of alien activity as ‘magic’ you can throw away science and embrace any old mystical nonsense - Farcas falls into that trap by favourably referring to the writings of Edgar Cayce, Ingo Swann, Zecharia Sitchin and accepting UFO cases and abduction reports at face value. I don’t agree with his conclusions but I’m glad someone found my copy of this book when I left it in a trolley after shopping at Tesco!

All three books provide a refreshing look at the current state of SETI, with Farcas stretching our cosy assumptions to the wilder realms of infinity and beyond. – Nigel Watson.