John Harney recalls first reading a book by “Britain’s leading UFO detective” and muses on what it tells us about the current state of UFO research in Britain. The UFO scene in Britain in the 1990s was quite lively, as there were a number of UFO groups which had memberships consisting of both believers and sceptics. One controversial character who obviously much preferred the believers was Tony Dodd.
🔻
On first reading this book shortly after it was published, I found it quite amusing and did not study it in any depth. However, on reading it again I am struck by the way it seems typical of 1990s British ufology. It begins with a list of acknowledgements, giving the names of ufologists, most of whom were notorious for their credulity, or in some cases plain dishonesty, with regard to the study of UFO reports.

To the casual reader, at least some of the material in this book might seem quite convincing, even if somewhat bizarre, but the more critical reader will surely realise, on reading the introduction, that this is not a serious study of UFO reports and investigations of them. We are told that a man had arranged to collect a package that he was to send to Tony Dodd. He collected this from a diplomat, as arranged, in a street in Hampstead, London, who handed it over even though he knew that they were being watched by four men in a car who were determined to grab the package.
We are also told that the man receiving the package noticed that one of the men in the car had visited him a few weeks earlier to warn him that he was under surveillance. How ridiculous can one get? The rest of this account is even less plausible, and before it ends most readers will have guessed correctly that the package, which of course contained amazing photographs and other evidence of UFOs, was never received by Tony Dodd. 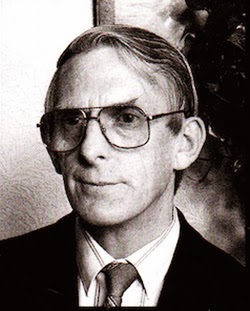 What was particularly interesting about Tony Dodd was that, unlike many other folk who got closely involved in ufology, he seemed to have a very sane and normal background. We are given an account of his happy childhood, happy marriage, and an interesting and satisfying career as a police officer, attaining the rank of sergeant.

Dodd states that his first UFO encounter took place in January 1978 when he was driving a police car in North Yorkshire, accompanied by a colleague. His description of it is remarkably similar to the "Venusian scout ship" photographed by George Adamski. He claimed that many people, including other police officers, also saw UFOs, but I am not aware of any significant independent reports from other people in North Yorkshire. However, Dodd asserts that he "soon became eerily aware that they appeared to be looking out for me as much as I was for them".

After about four years, Dodd joined the Yorkshire UFO Society, which became famous, or notorious, depending on your point of view, among British ufologists. He was invited to join the Society as Director of Investigations. Its activities expanded and it became an international organisation, so his name became widely known in the UFO world.

Inevitably, he then received many more reports, including some that those who prefer to examine extraordinary claims critically would inevitably classify as hoaxes. Perhaps the most notable of these was the Kalahari Conspiracy. Dodd received a letter and what the writer claimed was a South African Air Force briefing document, giving details of the crash of a spacecraft containing humanoid aliens in the Kalahari Desert on 7 May 1989. Despite "misgivings" about the document, Dodd and others who read it apparently accepted it as a clumsy copy of a genuine official document, even though it was an obvious hoax, and not even a clever one.

It seems that the more Dodd became involved in ufology, the more credulous he became, and he went on to investigate reports of alien abductions, interviewing apparent abductees with the aid of a hypnotist. Of course, he obviously considered most of these to be real, rather than looking for psychological explanations.

He claimed to receive telepathic messages from the aliens and wrote: "I have been told many times that I have an important role to play in the communication link between aliens and human beings".

Part of Dodd's police work inevitably involved investigating reports of dead and mutilated farm animals. Instead of accepting that these were caused by predators, scavengers, and the occasional crazed vandals, he accepted the assertions of some of the rather dodgy American ufologists who interested themselves in this topic that some of these incidents were caused by the activities of the space aliens. He also accepted claims that the aliens sometimes killed humans, ignoring the credible explanations offered for such deaths and disappearances.

Perhaps the most amusing stories concern Dodd's fascination with alleged UFO incidents in and around Iceland. His investigations there must have aroused some interest, as we are told that during 1996 and 1997 Icelandic trawlermen (or men claiming to be Icelandic trawlermen?) took to phoning him with accounts of their amazing UFO sightings. It seems not to have occurred to him that they might have found his uncritical acceptance of their stories amusing.

In the long term the activities of Tony Dodd and like-minded ufologists had a negative effect on the serious investigation of unusual aerial phenomena and strange incidents, whether real or imaginary. There were other rather credulous, or just plain dishonest, British UFO books and magazines, which soon reduced what at one time looked like developing into possibly useful interdisciplinary studies of unusual incidents, whether physical or psychological, to merely a form of popular entertainment.

An entertaining read, but as substantial as that elusive package or the stories told by the 'Icelandic trawlermen'.

I remember Tony Dodd and wondered if he ever suffered a bit of leg pulling by his fellow police colleagues for his bizarre ideas. It may be that he had retired before taking up his UFO activities, but I really did wonder how he managed to combine the two, if indeed he did.