I REMEMBER IT WELL


Fans of TV’s Sherlock will be familiar with the idea of the memory palace, the trick used by the great detective, in his contemporary reimagining, to mentally file away and retrieve the vast quantities of information he needs to solve crimes. How many, though, realise that the memory palace isn’t an invention of the scriptwriters but – at least until it was eclipsed by the rise of the printed word - a time-honoured mnemonic technique, the Ars memoria, which also, as this book’s subtitle indicates, had an esoteric or ‘occult’ form?
🔻
In Memory Palaces and Masonic Lodges, translated from a 2013 French original, Charles Jameux – a high-ranking Freemason of the Grand Loge de France and former editor of its journal (as well as a part of the 1960s Parisian surrealist scene) – argues that the art of memory wasn’t only an important formative influence on Freemasonry, but that it also offers a solution to one of its enduring mysteries, the ‘night of origins’ as Jameux calls it: how and why did a purely practical guild of professional workers in stone – ‘operative’ or ‘craft’ Masonry – became ‘speculative’ Freemasonry, an initiatory network devoted to arcane rituals whose members had never touched a chisel in their lives?

The Ars memoria was developed in ancient Greece and used the imagination for memorising information. The practitioner picked a large, many-roomed building – the memory palace - with which they were familiar and could therefore easily picture in their minds. When they wanted to remember a flow of facts – to deliver a speech, for example – they formed, using a set of rules based on the association of ideas, a vivid and striking mental image (imagine) representing each one and ‘placed’ them in consecutive rooms (the loci). To retrieve the information they imagined themselves walking through the building room by room, seeing in their mind’s eye the imagines, and this automatically recalled to mind the data encoded in them. It was a system that could produce prodigious feats of memory (à la Sherlock).

During the Renaissance, the system was combined with concepts taken from the magical arts – particularly Hermeticism – to create a method for not merely remembering learned facts but one that could, it was believed, be used to acquire information. The imagines were devised using magical associations, in a similar way to talismans, and their contemplation gave the practitioner direct access to spheres of knowledge that are normally hidden. The foremost exponent of this ‘occult’ art of memory was the Neapolitan Dominican-turned-heretic Giordano Bruno (1548-1600). 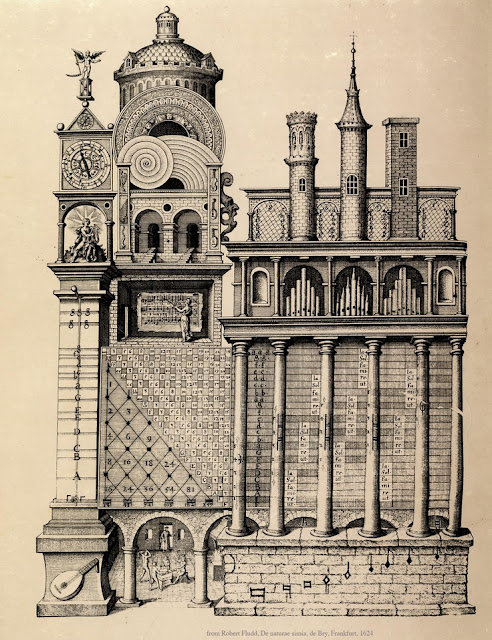 The notion of a connection between this variant of the art of memory and early Freemasonry isn’t new. As far back as the 1960s, Frances Yates speculated about it in her classic The Art of Memory. Her suggestion was developed by David Stevenson in another ground-breaking work, 1988’s The Origins of Freemasonry: Scotland’s Century, 1590-1710. Stevenson made the important observation that in the seminal 1599 document known as the Schaw Statutes – in which James VI’s Master of Works (i.e. chief architect) William Schaw set out the rules and regulations of craft Masonry in Scotland, but which includes elements that appear later in the speculative form – stipulated that every member was expected to be proficient in ‘the art of memorie and science thairoff,’ thereby linking, in Stevenson’s words, ‘the operative Mason craft with the mighty strivings of the Hermetic magus.’

Based on the work of these historians, but noting that neither was a Freemason and so had missed some vital clues, in a 1995 paper (included as an appendix) Charles Jameux advanced a wider hypothesis, which he revisits here in the light of his further study. He aims to show that ‘the classical art of memory, which was practised during the late Renaissance in the British Isles, was a major source that directly influenced the structuring of the mechanisms of the initiatory transmission of the then emerging speculative Freemasonry.’ It’s a slim volume, just over 100 pages – and 60 of those are given over to two appendices – but provides plenty of food for thought for those of us with an interest in the subject.

Unsurprisingly, Jameux gives pride of place to his own obedience, the Ancient and Accepted Scottish Rite, which originated in eighteenth-century France but which claims, as its name suggests, a Scottish heritage (and which is distinct from the systems practised in Britain but predominates, albeit in a modified form, in the USA).

Presumably as Jameux wrote it primarily for his fellow Masons, the book does assume familiarity with, although not an in-depth knowledge of, Masonic history and practice. It’s written in the rather discursive style of French academic writing that does sometimes require an extra effort of concentration to follow. (This is even more so of the other appendix, by historian Claudie Balavoine on the connection, in the sixteenth and seventeenth centuries, between the art of memory and attempts to develop a ‘hieroglyph script.’ This highly specialised paper takes up a quarter of the book, even though it’s only of peripheral relevance to the central thesis.)

For Jameux, the formative period of speculative Freemasonry was between 1583, when Bruno arrived in London for a three-year stay during which he published some of his key works on the ‘occult’ art of memory, and 1730, by which year Freemasonry had reached its recognisably speculative form. That process happened in the British Isles – beginning in Scotland and moving into England – ‘through a series of phenomena akin to sedimentation.’

The hypothesis is strengthened by the fact that one of Bruno’s great supporters in the controversy he unleashed in England was Alexander Dickson, a Scotsman who a decade later was prominent in James VI’s court alongside William Schaw. Jameux argues that craft Masonry, being all about architecture and buildings, was a natural home for practitioners of the art of memory, who adopted its symbols – the tools, for example – as their imagines. 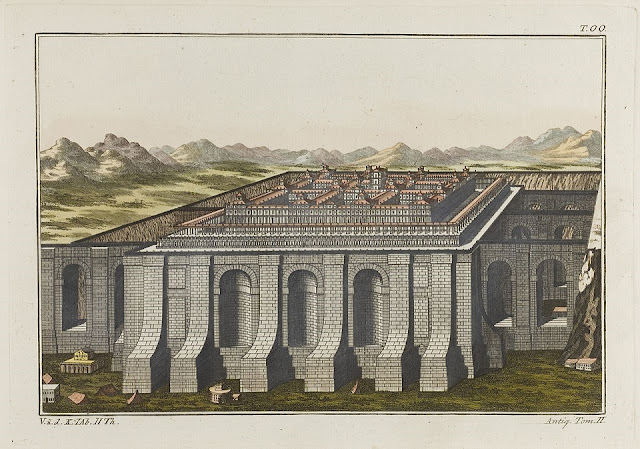 Jameux’s suggestion is that the Masonic focus on Solomon’s Temple came from the use of that legendary edifice as the memory palace, drawing attention to the tracing boards representing the Temple, the laying out of which marks the opening of the lodge meeting. He also links the art of memory with the mysterious ‘Mason Word’, first mentioned in 1637.

He makes much of the coincidence that the same year saw the publication of Descartes’ Discourse on Method, marking the beginning of the split between ‘the mathematical and utilitarian rationalism of conceptual thought on the one hand and the symbolic and imagistic language of analogical thought on the other,’ which led to ‘the decline of the meaningful image to the increasing benefit of the letter.’ Jameux regards this as a great error, championing – as might be imagined from a surrealist - the virtues of the ‘imaginary world (that is to say, a real world) that has not yet been disenchanted,’ and which is accessed by the art of memory, over ‘the reductive anthropology heralded by Descartes in which the world would be henceforth a machine.’

However, the art – with its emphasis on the imagination - was kept alive in the Masonic lodges: ‘this “resurgence” of the art of memory in the British secret societies of the seventeenth century appears to me to be taking place, referring now to the spiritual content of the ancient memory, in a clandestine manner as a form of counterpoint.’ But it wasn’t just a counterpoint to mechanistic rationalism, as Jameux argues that Freemasonry became a way to ‘reconcile the re-emerging Neoplatonic Hermeticism and the ascendant scientific approach.’

For Jameux, then – as for Yates and Stevenson - speculative Freemasonry was a vehicle for the transmission of Hermeticism (and its philosophical cousin, Neoplatonism). It’s instructive to compare this reconstruction with a book I reviewed a couple of years ago, Speculative Freemasonry and the Enlightenment, in which American Freemason R. William Weisberger argued that speculative Freemasonry was invented in England in the 1720s specifically as a vehicle for transmitting the new scientific method and other Enlightenment ideals. It’s hard to come up with two more divergent interpretations – although the evidence, in my view, backs Jameux’s.

As well as the Masonic symbols becoming the imagines of the art of memory, Jameux proposes that the degrees and their rituals represent the loci, with the ‘palace’ being the rite in its entirety. This leads him to an intriguing – and to many Masonic historians controversial – explanation of the Scottish Rite’s addition of extra degrees, above the three basic ones held in common with other systems, to make up its famous 33. Rather than the higher degrees, as most would dismissively have it, being dreamt up to make the Rite more grandiose, Jameux explains them as a natural development of Freemasonry as the embodiment of the Ars memoria, expanding the palace to incorporate more loci for more imagines. If so, he is implicitly arguing that his Rite is the most legitimate heir to the Scottish prototype, whereas in most historical reconstructions that place is given to the English form, all the other rites being considered modified copies.

But what’s it all for? For Jameux, the Masonic lodge as memory palace – not just the physical space, but the symbols, rituals and legends employed within it - is designed to remind the initiate of Freemasonry’s ideals and goals, and of their commitments, duties and path towards those goals.

However, there was much more to the Hermetic art of memory than that. It was, as I noted above, a method for gaining esoteric and spiritual knowledge through magical means, seemingly by inducing a meditative or altered state. Jameux says little about this side of the art in the context of Freemasonry, but does perhaps hint at it when he writes, ‘Through my own personal inner practice and my initiatory convictions shared with other men whose own choices have sent them here, I now know how to gain access to certain states of Being and, sometimes, to the meanings that are hidden from our world that we label as real.’

And it wouldn’t, of course, just be the Hermetic art of memory that was brought into Masonry: it was just one part of, as Jameux puts it in his conclusion, the ‘grafting of a post-Renaissance Hermeticism on the professional milieu of the “craft” in Scotland.’ So the picture is bigger than simply the perpetuation of the Ars memoria.

Given the paucity of information about Freemasonry’s origins, it’s not easy to say whether or not Jameux is right in everything he proposes, but his arguments and conclusions certainly have something going for them, and following the trail they open up may well shed new light on Freemasonry’s place in esoteric history and tradition. -- Clive Prince.