Mark Norman. Telling the Bees and Other Customs; the Folklore of Rural Crafts. History Press, 2020.

Mark Norman’s book looks at some of the traditional stories and folklore surrounding five of the oldest crafts; spinning and weaving; beekeeping, metalworking, brewing and breadmaking. These activities are so basic and essential to life that their practitioners have seemed to have been gifted with magical powers, and the crafts themselves have been introduced to humanity by the gods themselves.
🔻
The title is taken from the popular belief that bees should be kept informed of any deaths in their keeper’s family. Beekeeping seems particularly rich in custom and superstition, with keepers singing to bees in order to increase production of honey, and the belief that the bees themselves sing to mark Christmas. The Biblical story of Sampson declares that bees grew from the corpse of a slain lion, leading to the line “out of the strong, something sweet”, a claim which can be seen today on every tin of Lyle’s Golden Syrup!
Many of the stories and legends surrounding these crafts seem to have been derived from the supposed character of the craft workers and the nature of the processes they commanded. This is especially true of the blacksmith, who with his forge and his control of its fire, seems more connected to the world of the supernatural. The legends around him often involve his conflicts with the devil, the Devil usually coming off worse, often being dispatched with red hot tongs pulling his nose. The story of St Dunstan is a Christianised version of this pagan legend. 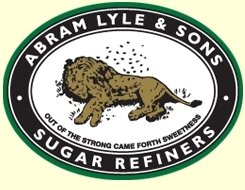 The baker on the other hand, although an essential part of rural life, often comes over in legend and superstition as rather a slippery character, forever adulterating the flour or short changing farmers who bring their grain to be milled. Bread itself is the ‘staff of life’ and has a semi-religious nature in most cultures. A custom in many rural Christian areas was never to cut bread with a knife, as Christ only ever broke bread with his hands - ‘breaking-bread’ still being a synonym for sharing a meal.
The chapter on beer and brewing is careful to point out the many health benefits of beer. A Mr Deacon of Stanmore Common reported in Folklore magazine (December 1956) that his great grandmother, born in 1815, attributed her fine complexion to drinking beer for breakfast, claiming that Englishwomen’s complexions started to deteriorate when they began drinking tea. Beer was served to pupils at Christ's Hospital School in London in the ninetieth century, and in Belgium schoolchildren were offered a low-strength beer as part of their school dinners until the 1960s.
Customs, beliefs, practices and superstitions are buried deep within the most ordinary parts of our daily life, and link cultures in all ages and across the world. In this book Mark Norman presents a collection of stories that are amusing, intriguing and tell us a great deal about the history of rural life and beliefs. The book is nicely presented and would make a good Christmas gift for anyone with an interest in folklore and rural life. -- Richard Samuels.